I try to cook from scratch most nights of the week, but working fulltime, commuting, working out, writing this blog, and finding time for my hobbies and projects means that some nights, something’s gotta give.

Here’s one of my versions of fast food. It’s relatively healthy, I can have on the table in about 15 minutes, and it costs less than Taco Bell ;)

Thinly slice the tempeh and veggies, then follow the instructions on the seasoning packet. This comes down to sauteing the tempeh in a bit of oil until it starts to brown, then adding the veggies, seasoning packet, and 1/2 cup of water and cooking until crisp-tender. 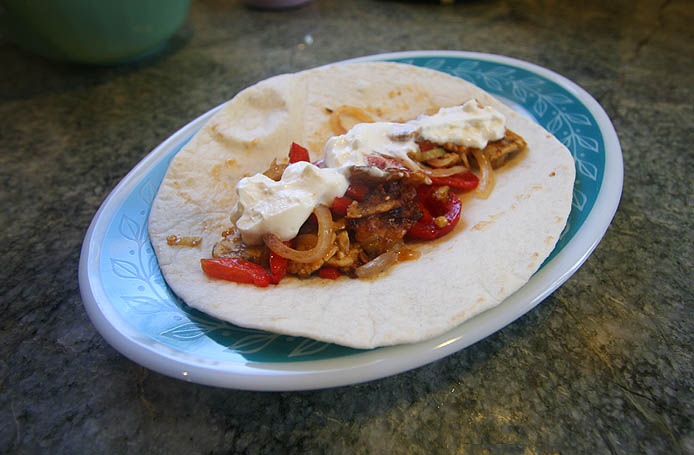 Tonight, I served these with 8-inch store bought flour tortillas and sour cream. They’re also delicious with sliced mushrooms sauteed along with the pepper and onion, and served vegan-style with salsa and homemade tortillas!