On the days I travel to Denmark, a Town Car picks me up around noon and takes me to Newark, where I catch an early evening flight.

This is how my last trip went… 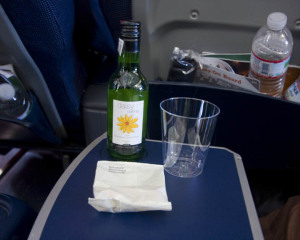 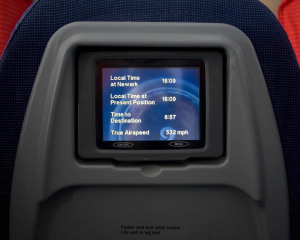 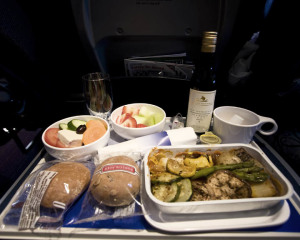 More wine… this time, a French Chardonnay. Dinner wasn’t too bad. Even at 32,000 feet, it’s hard to go wrong with roasted vegetables and fresh fruit. 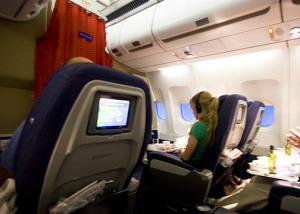 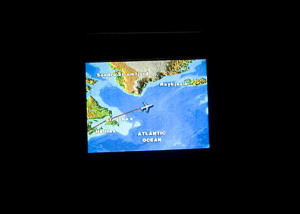 At this point, I was actually wishing I’d been booked in Economy because I had a row to myself, but the arms between the seats didn’t go up in my cabin.

I put a pillow behind my back, and one on the middle arm rest, then kind of draped myself between them, so I could sort of lie down without being too uncomfortable. 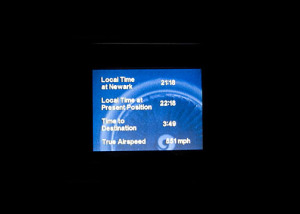 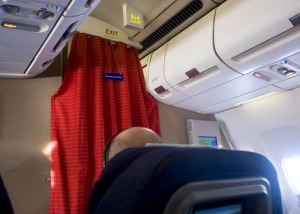 Ahhhh…morning! This was bittersweet because it meant the worst part of the trek was over, but it left me with that awful feeling I get from staying out way too late… like coming home when the sun is about to come up and knowing I’m going to have to sleep all day if I’m ever going to recover “late”.

Except in this case I didn’t have any fun, and was basically just tired, out of alignment, and feeling a bit shortchanged on the market value of my soul. 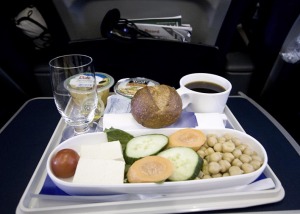 Chickpeas, tofu, and raw veggies are interesting choices for breakfast, but given my slight chickpea obsession I’m not going to complain. 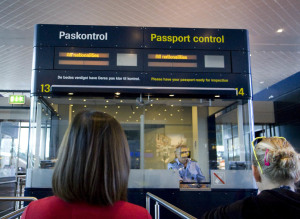 Once I landed in Copenhagen, I had 35 minutes to clear security, clear passport control, and run from terminal C to terminal A.

Usually my plane is late or I’m delayed somewhere along this gauntlet, and have to rebook on a later flight. I lucked out this time, and my luggage made it, too! 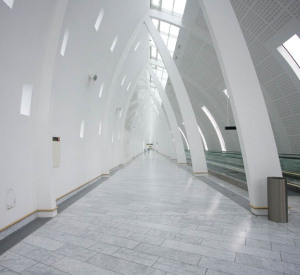 Running, weight training, and Birkenstocks paid off here on my power walk from one end of the airport to the other, hauling my camera rig, and a backpack filled mostly with a laptop and books. 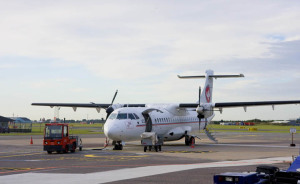 This is really not the kind of plane you want to fly on if you’re afraid to fly. It’s not that I think flying is unsafe, it’s just that a plane crash would be such a horrible way to go.

An hour or so later, I was hauling my luggage to the rental car place, then to the hotel where I promptly unpacked, showered, drank a Coke (with sugar, not corn syrup!), and attempted to stay awake by working until 8PM local time in hopes of acclimating to the time zone. 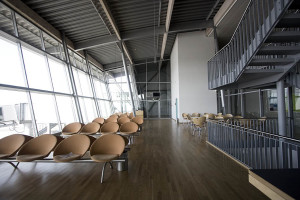 11 days later, I embarked on the reverse trip out of this terminal.

Traveling to Europe for work is totally glamorous ;-)