This hygge house really got my hopes up! It was built in 1915 and is situated on the edge of a forest… 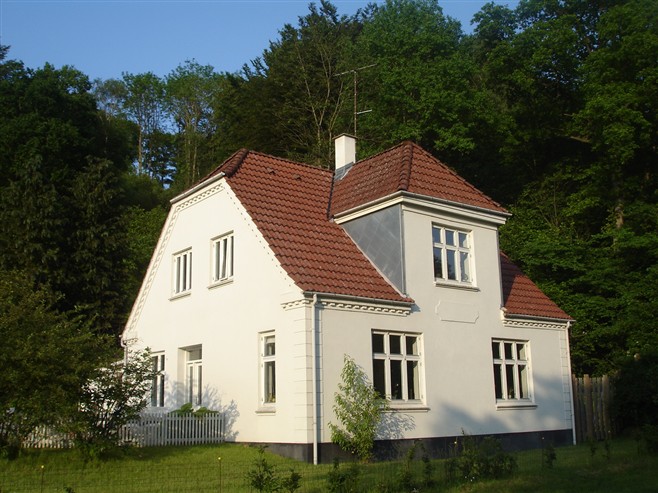 It was located on a winding road in the Danish countryside, surrounded by beautiful rural landscapes, complete with a babbling brook and adorable little cottages. The setting looked like a Hansel and Gretel theme park. 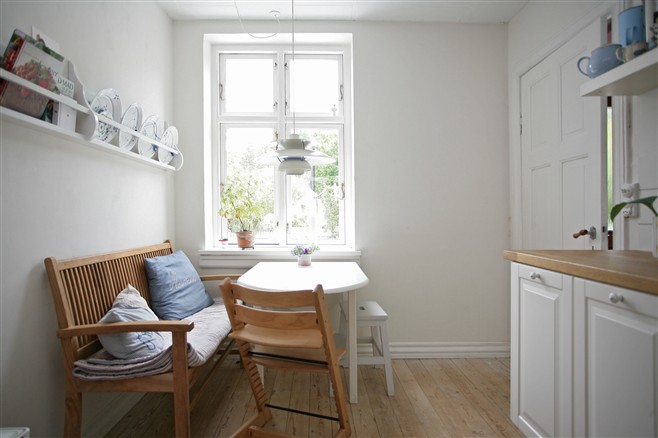 The breakfast nook of they hygge house was straight out of a home magazine. The door lead to a mudroom and laundry area. 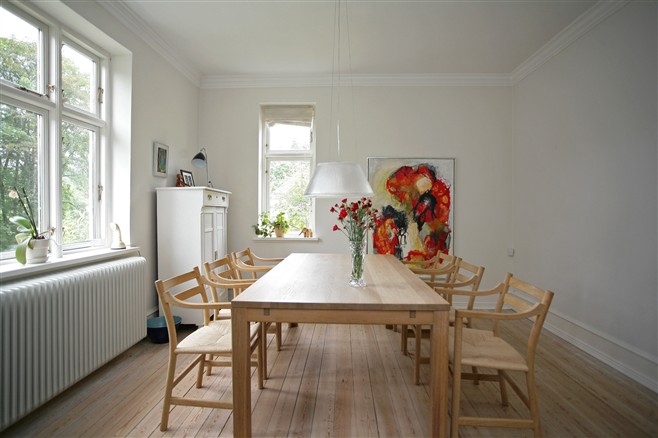 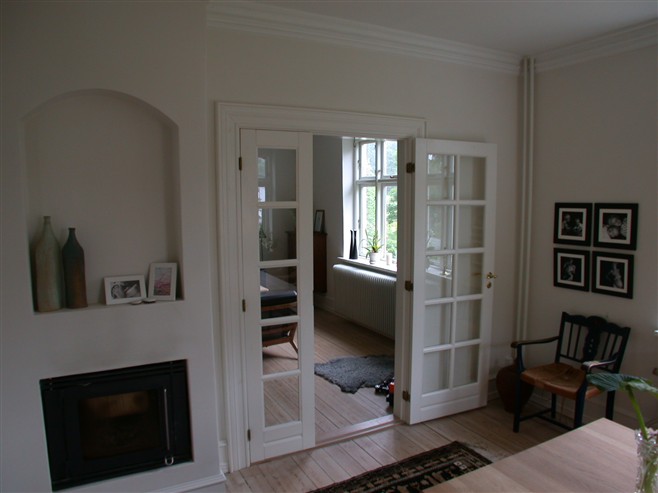 These French doors opened from the dining room to a large “L” shaped living room with French doors to a terrace and fenced in yard. The fireplace could be accessed from both rooms.

Surprisingly, I didn’t love this hygge house. There was a huge bathroom with a tub upstairs, but the four bedrooms were oddly shaped—and on the small side given the scale of the first floor rooms. There were obvious cracks in the ceiling and walls, and I was scared of the basement and attic, which is an issue since I’m going to be living alone with a big orange cat.

Europeans generally don’t use window screens and since this hygge house borders a forest, I predict a high probability of getting a bat in the house at some point. I’m scared to death of bats. I’d rather hold a snake than look at a bat, so I do not want to entertain the possibility of not being able find it once I see it, and having to wonder whether it flew back out or if it’s hanging upside down somewhere in this gigantic hygge house. I also know myself well enough to predict that even without any supporting evidence, I’d probably manage to convince myself for most of the summer that there’s a bat or two hanging out somewhere in the hygge house.

If I were handy, or could spend a lot of money on renovation and restoration work, and was not afraid of basements, attics, and bats, this might have been the perfect hygge house for me. But I’m not handy, and once I’ve paid Danish income tax, I’ll be broke, and I am very afraid of basements, attics, and bats, so this is definitely not the hygge house for me.

However, it’s not yet “game over” on the perfect apartment. On my way back from seeing this house, I stopped by the apartment and spoke with the owner who says he’s repairing most of the issues in the inspection report. A native Danish speaker says that most of the issues in the report are minor, but there are definitely cracks in the foundation. I’m going to try and contact the inspector this week to find out if the cracks are significant and what he thinks it would take to fix them. I really, really, really want that apartment, and now, everything else is just falls short :(