I was in the 9th grade when the Berlin Wall fell. I knew by the photos of people partying in the streets that it was a big deal, but being 14 years old, I didn’t think much about it.

When I visited Berlin this past December, Brandenburg Gate wasn’t even on my itinerary. I just wanted to wander around and experience the City, but I guess you can’t visit Berlin without experiencing the Wall in one way or another. 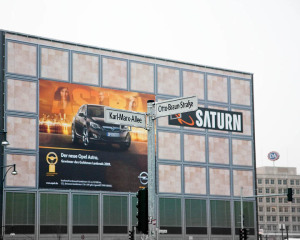 I started the second day of my trip in Alexanderplatz. Given the depressing architectural style, and a street called “Karl-Marx-Allee”, is there any doubt which Berlin I was in?

I was fumbling with a public transit map when a very sweet old man came over and first spoke German to me, then Russian. Unfortunately, I don’t speak either, but he gestured to the map and I pointed to Potsdamer Platz. He tried to explain that I needed to take the bus, not the tram, but he spoke very little English, so he walked me several blocks to the bus stop and pointed to the bus that would get me to the Dali Museum.

In the course of our walk, I got that he was happy to see Bush go and was pleased that we’d elected Obama, and I wished we didn’t have that language barrier because I would’ve liked to have learned a bit about his life. 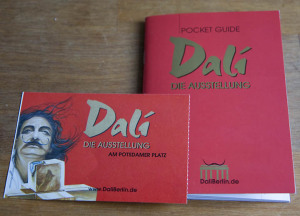 I rode the top floor of the bus to a stop right across the street from the Museum, which has the largest collection of Dali works in the world. I spent a few hours there, got in trouble for taking photos of the artwork (would never use a flash), then left to find Bergmann Strasse, an area that was supposed to be full of awesome thrift shops, but that aside from the falafel, was definitely not worth the walk.

I left through the back door of the Museum to save a block or so of walking, and I’m glad I did because I stumbled upon this old guard tower, which wasn’t mentioned in any of my guide books. 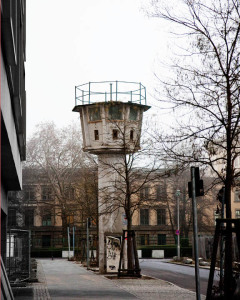 Seeing this tower made realize 2o years later, the incredible significance of the the fall of the Wall. It’s one thing to vaguely know this history, but it’s another to accidentally stumble upon the “death strip” and be smacked in the face with history. 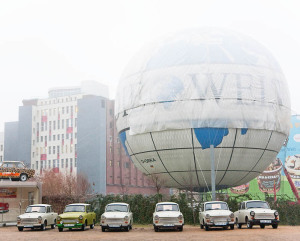 Along my walk to Bergmann Strasse, I passed the Trabi-Safari depot. I only realized later that these were once the most common cars in East Berlin.

Despite their shoddy performance, Trabents cost about a year’s salary, and the average wait time to get a new one was 15 years!!! After the fall of the Wall, East Berliners were more than happy to dump their Trabis, but now tourists can pay a premium to cruise around former communist Berlin like it’s 1985! 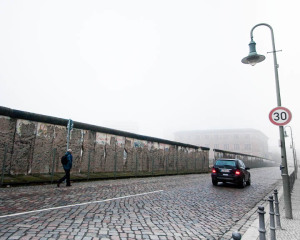 Farther along in my walk, I came across one of the few remaining stretches of the Berlin Wall. Being suddenly cutoff from my family, friends, and job by a heavily guarded wall is unfathomable to me, and realizing that this way of life is still within the memory of most of the people I was passing on the street was even more hard to grasp. 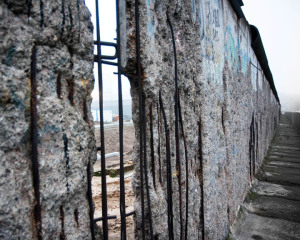 It’s by far the most historically significant sight I’ve ever seen. It’s hard to believe its history is so recent. 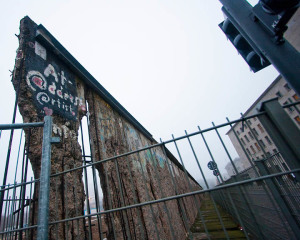 I will definitely go back to Berlin. I love this city, but having seen the Berlin Wall in person, I’ve become very interested in the City’s history, particularly life in the GDR. Unfortunately, I didn’t have time to visit the DDR Museum, but it’s definitely on the agenda for my next trip.

Despite minor regrets about not visiting Brandenburg Gate and the DDR Museum, I’m glad I experienced Berlin instead of following the usual tourist track. Stumbling upon both the tower and the Wall was far more memorable than seeking them out with a tourist map.