I’ve wanted a Pashley Princess Sovereign for many years, so moving to Denmark and giving up my car seemed like the perfect time to scratch that itch.

Getting my Pashley to Denmark was no easy feat! There’s only one Pashley dealer in all of Denmark and they didn’t reply to my inquiries, so I went straight to the source and focused my search in the UK. Most UK shops won’t ship to Denmark and the few that would were out of stock with no known ETA, but I finally found my Pashley Princess Sovereign at Fudges Cyclestore. 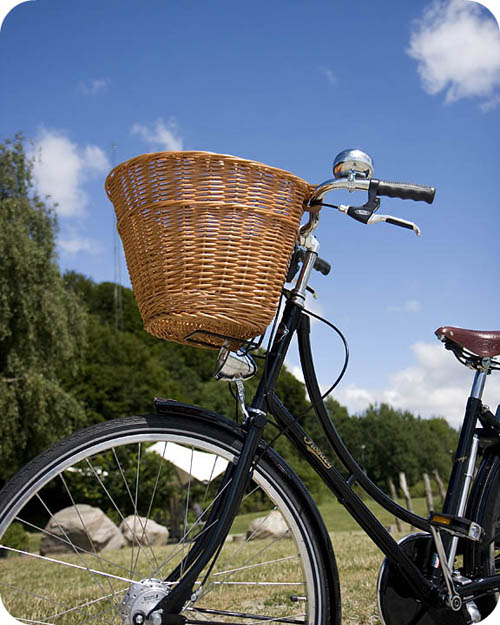 Miss Pash shipped within a couple of days, but it took over two agonizing weeks for her to get here. I’ll spare the details, but the shipping and delivery process wasn’t what it should have been.

She arrived in pieces, with a generic instruction sheet that pretty much didn’t apply to any part of the assembly process. But, thanks to the Dutch bike, I’ve been honing my bike mechanic skills and I managed to put her together. 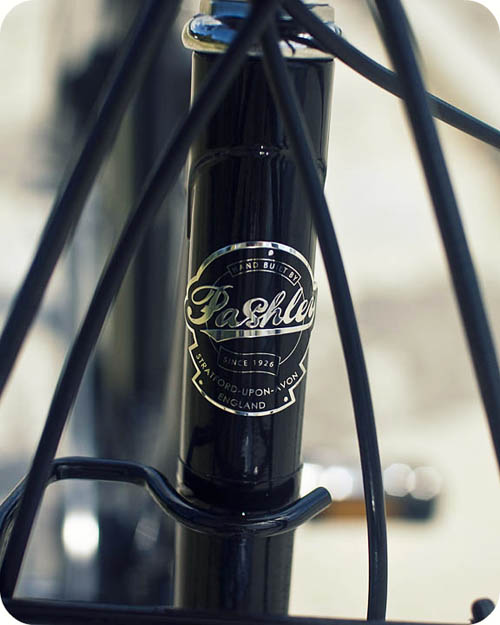 I’d like to ride her everywhere, but I’m not comfortable locking her up at the bus stop, so I use my Dutch bike for that, and the Pashley for errands.

One of the questions a lot of people have is about the weight of the bike. Yes, she’s heavy. I’m 5’2″, 30″ inseam and I ride the 17.5″ frame. I keep her in the basement and get her in and out through an outside door that has 4 steps up and down. It’s a struggle, I wish she were lighter, but then she wouldn’t be a Pashley!

She rides like I’d hoped the Dutch bike would, but I guess you don’t get that in a $300 bike ;) The Princess has 5 speeds, which is plenty, more than enough in Denmark, actually. Once she gets going, she just rolls along, which I suppose is an upside to her weight. And she’s solid, there are no issues with rattling or shaking when I ride over cobblestones or curbs, the drum brakes stop on a dime, and I could stare at that Brooks saddle all day! 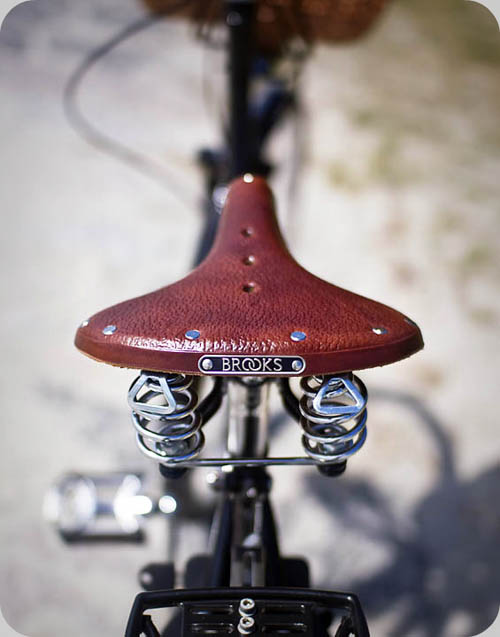 She of course has an enclosed chain case, skirt guards, fenders, lights, and a rear cargo rack, which are pretty standard on European city bikes, so there’s not much to say about those.

She came with a very large basket on a metal frame that holds a lot and is well supported. I’d like to find a nice wine crate for the back, but for now I have a basket that attaches to the rear rack with spring clamps, so I can haul plenty. 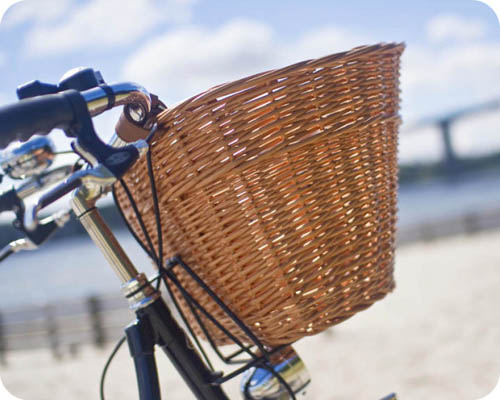 And the bell! It goes “ding-dong” and sounds more like a doorbell than a bike bell, but riding in traffic, I want something that gets attention. And it’s pretty :)

Pashley Princess Sovereign Bike Review: The Not So Good

Overall, she’s everything I thought she would be, but there are some disappointments…

All of the Pashley branding marks are stickers and they’re not even under the clear coat, just slapped on top like an afterthought. I don’t think they will hold up :( 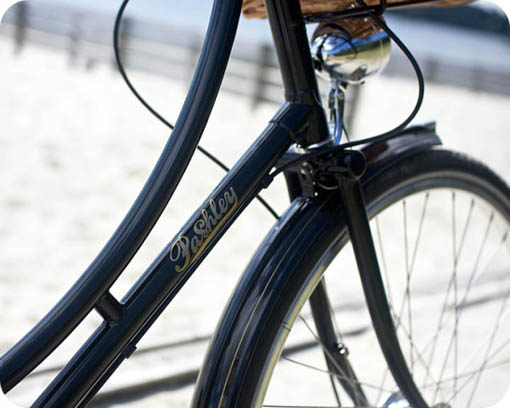 She has an O-lock, which is standard on European city bikes, but my Dutch bike actually has a better lock because I can keep the key on my keyring with the rest of my keys. On the Pashley, I can only remove the key from the lock when it’s locked, so any sort of keychain would rub and scratch the paint, while I’m riding it, and I have to carry the key loose, which makes keeping track of it kind of a hassle.

There are some scratches on the paint and handlebars that I’m not thrilled about, but can live with, but there’s a dent in the back fender that’s definitely not cool and Fudges has not gotten back to me about it, so next, I will take it up directly with Pashley because a bike in this price range should not come dented!

And finally, most Dutch bikes have 28″ tires, the Pashley has 26″ tires, which is the British standard, but I think they’re less efficient for commuting and would prefer the larger tires.

My seat post is showing about 2.75″, mathematically, 2.5″ would be just enough to make me fit the 20″ frame. After much stressing, I’m happy I got the 17.5″ frame because a smaller bike is easier to maneuver and a quarter of an inch isn’t much to play with, so I have more room for adjustment with this frame.

I still wish I could’ve taken both frames for a test ride to know for sure, but I really do think that the 17.5″ frame is the safest and most suitable size.

Before I moved to Denmark, I drove both a Toyota Yaris and an Audi TT. My Dutch bike is light, tinny, and gets me from point A to point B in an economical way, much like the Yaris. The Pashley Princess Sovereign is a solid stunner, and a pleasure to ride, much like the TT. 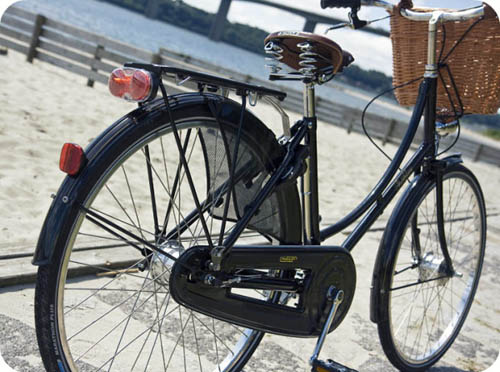 I don’t regret buying a Pashley, but it looks best from afar, it can be impractical due to its weight, and I don’t think I’d buy one again.