I’ve been in love with the romanticism of classic city bikes for as long as I can remember. In college, I bought a blue 3 speed Raleigh from Salvation Army. I painted it black and rode it everywhere.

A few years ago, I found a classic frame ladies bike at the curb on trash night and Jeff made it over into a faux Pashley. He later modified it to a single speed and added a chainguard, and now I keep it at work and ride it around campus.

When I came to Denmark and gave up my car, I deliberated over many bikes and finally splurged on the Pashley Princess Sovereign. But my bike lust hasn’t stopped and I plan to add to my fleet come spring. Perhaps something in red :)

Traveling from Denmark, which is a very pro-cycling culture, I was surprised by the general lack of bikes in Italy. Given the climate, I would have expected more bikes, but given the crazy drivers and narrow roads, it’s easy to understand why it hasn’t caught on.

Still, bikes are part of the urban landscape in Rome and here are some of my favorite bicycle shots from around the city… 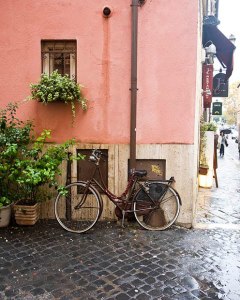 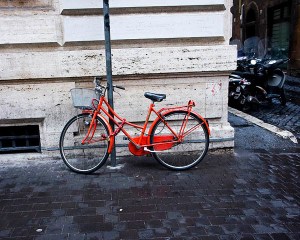 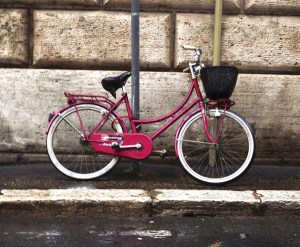 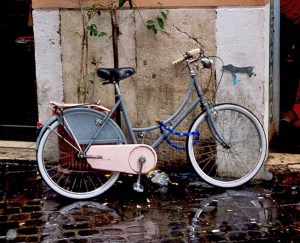 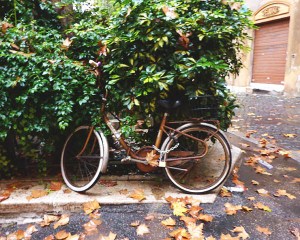 The quality of these photos was disappointing, but not too bad considering I was juggling a dSLR and an umbrella :)

I just love the look of a well-used, good quality city bike with patina. Sometimes I think I should stop babying my Princess and let her age naturally, out in the elements. Maybe I will.