Rugbrød is pronounced something along the lines of “roobroll” and it’s a Danish rye bread made with a sourdough base, rye flour, whole rye grains, honey, salt, and the baker’s choice of seeds like pumpkin, sunflower, and flax.

I had to proof it overnight, then it went through a three stage baking process. 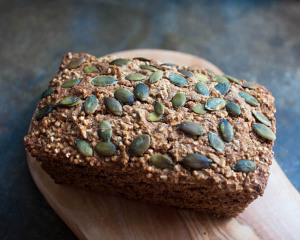 I’m not going to post the recipe because you can’t make this without the starter. Mine is made from a starter that’s been going for about 30 years! 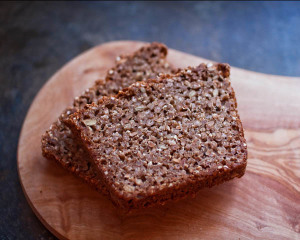 I shared some with a few Danes for validation and they declared it a success!

I think this should count for at least 5 integration points because I actually like a distinctly Danish food, I can make it from scratch, and I managed to procure the starter, which means I actually had to cavort with a Dane. (thanks, Sanne!)

The Danish government should consider accepting a batch of rugbrød in lieu of the language or community service requirements for permanent residency. Hell, I’d even consider eating a pickled herring with it!

In exchange, I’d promise not to share my starter with any other expats, and instead encourage them to integrate and procure their own ;)