I’m not the most outdoorsy girl you’ll ever meet. I don’t sleep in tents, and I definitely do not shower in places that require flip-flops.  Heck, I don’t even own flip flops!

But, since moving to Denmark, I’ve done a lot of things I “don’t do” and most of them have turned out ok, so I reluctantly accepted an invitation to take my first camping road trip.

We didn’t discuss much in the way of logistics before leaving, it was a “let’s take it as it comes” sort of situation.  I was thinking I’d rough it by wearing Crocs in the shower and letting my hair air dry, and he was thinking we’d camp in the forest and wash up in some sort of foldable sink!

So, we were both in for a bit of a surprise that first evening.  I pouted, he indulged me, and we sprang for a campsite and the mandatory “camping license.”  Whatever.  It’s Denmark so why wouldn’t there be a mandatory camping license?

Either way, it was well worth the cost!  There were hot showers and a place to plug in my blowdrier and curling iron!  There was even a kitchen for washing dishes, and our campsite was just on the other side of this dune… 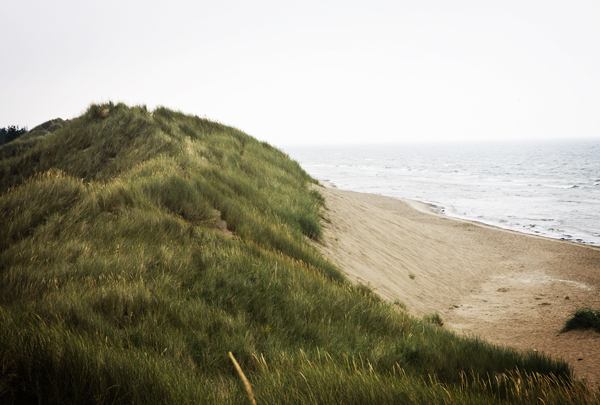 We fell asleep to the sound of the waves, and awoke to the sound of rain on the roof of the van.  Except for the fact that my borrowed sleeping bag smelled like feet, it was lovely :)

Then there was the matter of food.  I’m a vegetarian foodie.  I eat for fuel and for enjoyment.  This food philosophy is not compatible with camping, especially as a novice who is afraid of camping burners and hot cookware with detachable handles. 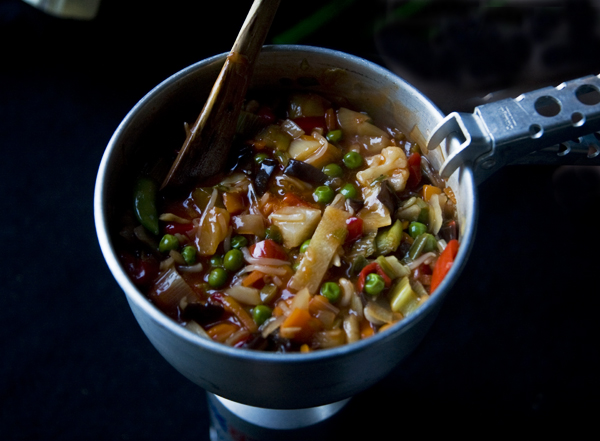 But we did ok, cooking sweet & sour veggies with rice, toast, eggs, making cream cheese and cucumber sandwiches.  There was plenty of coffee, and of course, red wine :)

Our campsite the second night wasn’t so great, mostly because it lacked the “sounds of the ocean” soundtrack, and because I had to keep hitting a button in order to get the shower to stay on.  I’m all for conserving water, but 10 seconds of water per “hit” was a bit over the top, so I tried to rig it with toothpicks, to no avail.  More seasoned campers have since told me that the trick is to keep your back against the button, but that would’ve put my butt a bit too close where many other naked butts had been before and well, I’d just as soon continue to deal with the button!  And the showers and toilets were co-ed!!!  Am I hopelessly American for being shocked by this?

All in all, I enjoyed my first camping trip and I’d do it again… on a campsite with stunning scenery, and with better meal planning.

But, I’ve seen some trees starting to change into their autumn suits and the rain is about to return, so instead, I’ll need to turn my travel dreams back to the city.  Where will I go next?

Disclosure: I received compensation in exchange for featuring the external link contained in this post.