I finally found a vintage film camera of my very own!  It’s not expensive or rare, and I’ll admit, it’s not as impressive a score as the photographer’s beier beirette, but it’s my first vintage film camera and it already has a special place in my heart! 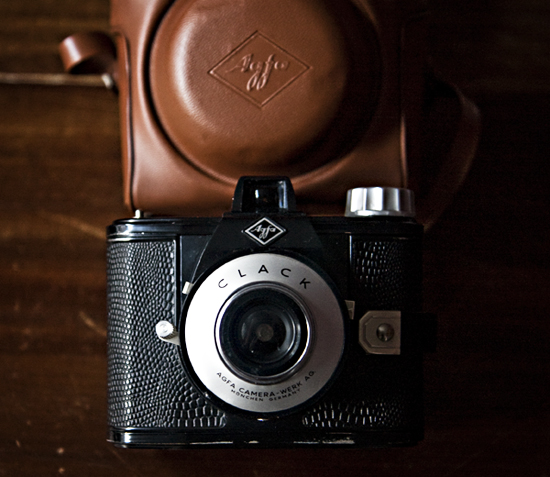 The Agfa Clack was manufactured in Germany between 1954 and 1965 and it’s really nothing fancy, just a medium format box camera that shoots on 120mm film. It has a plastic body, a plastic lens, and only two aperture settings and shutter speeds. 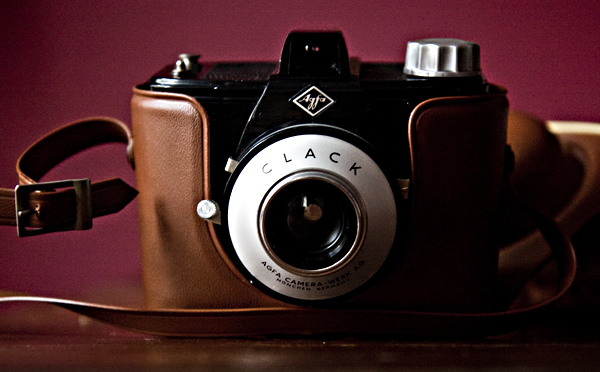 But it’s cool, and everything I think a lomo camera should be!  Now that I have the real deal, my Diana F+ is dead to me ;-)