Three and a half years ago, I arrived in Denmark, bought myself (and paid off) the apartment I fell in love with, and created the funky, eclectic, bohemian pad I’d long seen in my mind’s eye. 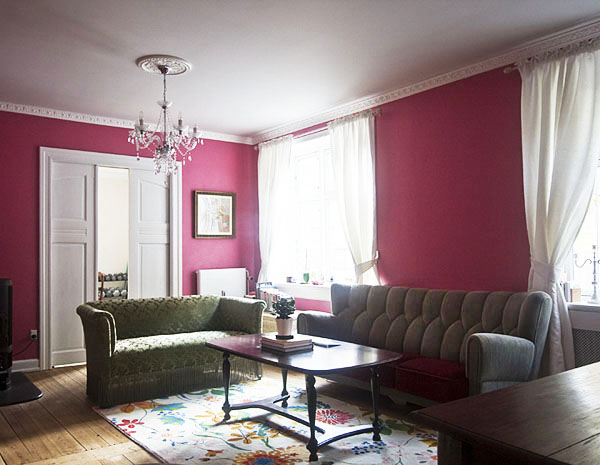 So much has changed since then, and now it’s time to let go of this nest that has occupied me, protected me, and allowed my life to evolve into what it’s become.

Opie and I are moving on, again… to Robert’s white, modern, Eames furnished home!

It’s in in a really cool neighborhood in a large (for Denmark) city with a vibrant expat community, fleamarkets, secondhand shops, ethnic grocers, international restaurants, and a vibe I’ve loved since my first visit long before I’d met him.  We’ll just have to find a way to work out that white, modern, Eames thing  ;-)

It’s the end of an era in so many ways… 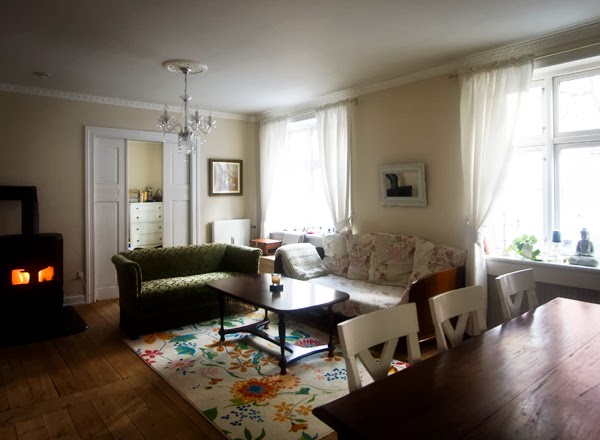 And it begins with painting my beloved hot pink living room a nice, creamy Scandinavian white :(

But a girl’s gotta do what a girl’s gotta do.  The sooner I get this place sold, the sooner I can have all of my things in one place…. especially my kitchen things!  Robert’s man kitchen doesn’t even have measuring cups or cinnamon, let alone a blender, a food processor, or a waffle iron!

I expect it to be on the market within the next month.  I’m hoping that by being on the market in January when inventory is low and people are starting to shop, I’ll be able to close by summer.

Prayers, good vibes, and crossed fingers are much appreciated :)

P.S. I’m particularly looking forward to sticking it to The Man by only having to pay one media license :)