We’ll continue our tour in the “Værelse/Opholdsstue” in the floorplan and since there’s not much to see, I’ll throw in the hallway (“Gang”) as a bonus!

I’ve never known what to call this room.  It’s so much more than an office, so I’ve settled on calling it “the studio.”  It’s where I work, sew, write, surf, develop photos, and exercise. Opie is usually close by, lounging on his green velvet throne, or trying to snuggle me while I’m working my core :) 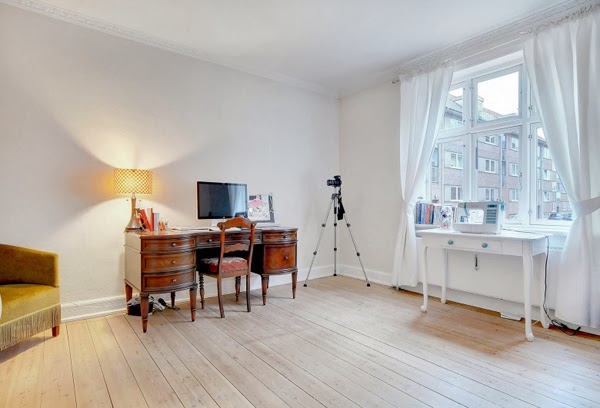 This room is joined to the living room by a set of original pocket doors, and when the doors are open, it feels like a very big space.  I love the flow!  Robert’s place has a similar set-up, but not on the same scale as this. 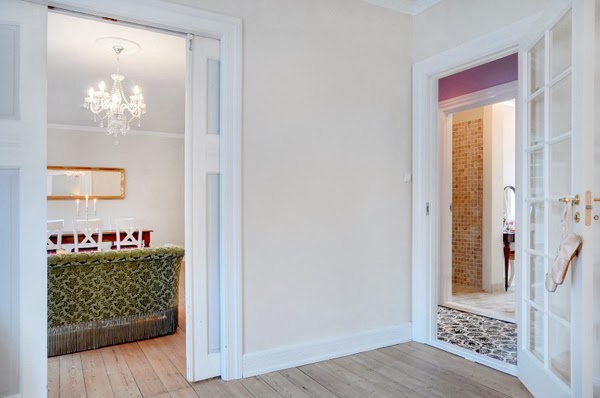 I have not repainted the hallway.  I’m a firm believer that hallways should be treated as rooms and that they can handle dramatic color, and so, the purple stays!  I love this hallway, especially considering how boring it was when I moved in. 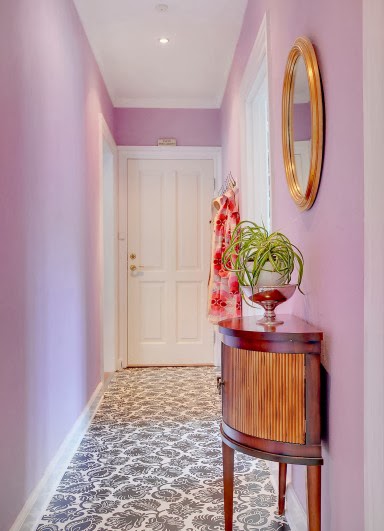