The Magical Mystery Tour ended in Bellagio, Italy, at a hotel overlooking Lake Como, with the snow covered Alps in the background :)

But the icing on the cake was when Robert got down on one knee against that beautiful backdrop and asked me in his sexy English accent if I’d be his wife!

What an amazing view… talk about an insurance policy ;-) How could I say, “no?” 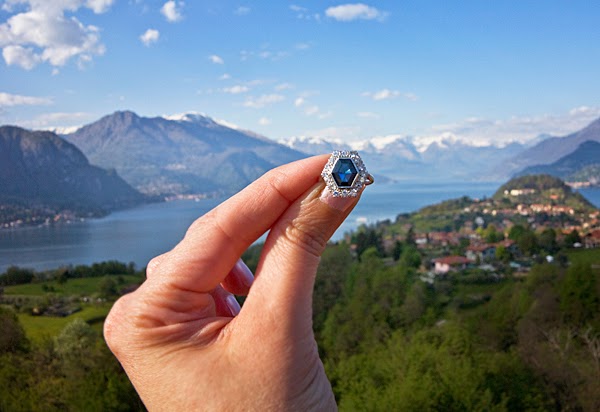 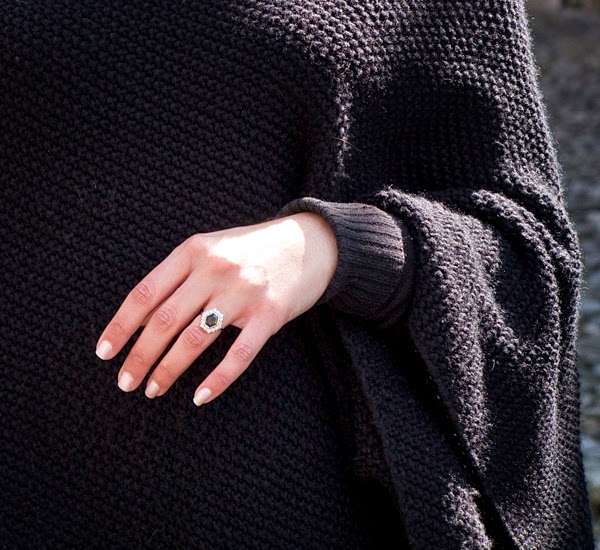 I’d seen Jackie before in London, in the shop window next to Little Edie.  She’s the yin to Little Edie’s yang and it pained me to leave her behind. But my pockets are only so deep ;-)

Little did I know that Robert would arrange for me to have her on my finger six weeks later!

It’s as if these two pieces were meant for me because they so clearly represent the two sides of my personality. I’m both Little Edie and Jackie ;-)

And he’s both my Prince Charming and my James Bond.