Robert and I just spent a few days in London sorting out some wedding-related things, shopping, and taking some much needed time away from Denmark, so I thought it was a good time to write a where to shop in London blog post : -)

Robert had the final fittings of his bespoke wedding suit while we were there.  Way back in 1985, when Dress You Up was my dance recital song, I never in a million years dreamed that I’d be fancy enough to marry a guy whose suits (and shirts) are actually custom made in London ;-) He looks hot and I joke that it’s his insurance policy that I’ll actually say “I do” next month in Gibraltar!

A bespoke suit demands an amazing tie, so our tailor sent us to Drake’s.  Robert is a professor and while he’s very stylish, he can also be a bit on the conservative side, and he likes what he likes, so picking a tie was no easy feat.  Thankfully, shopkeeper Tracy had the patience of a saint and turned out to be a kindred spirit, so while Robert shot down tie after tie, she and I bonded as fellow vegetarians, animal lovers, and vintage aficionados.  She called me “glamorous” and he eventually picked the tie I wanted him to pick… and a cashmere jumper I may need to steal.

The bespoke hottie suit is of the slim european style that practically demands ankle boots.   I love a man in a slim fit suit and ankle boots, but what a goose chase! We couldn’t have swung a dead cat without hitting five pairs of Chelsea boots, but side-zip boots were a whole different story.  We went everywhere… Oxford Street, Regent Street, New Bond Street, Liberty, Selfridges, but no dice.

While I’m on the subject of Selfridges, all I can say is, “what a freaking disaster!”  Anyone who watches Mr. Selfridge and who is lamenting the fact that they may never get to see Selfridges in person, I can tell you that you aren’t missing a thing!  The store has taken the shop in shop concept to a ridiculous extreme.  Each label has its own fixtures and little block of space which has ruined the historical integrity of the building and made a rat’s nest of the shopping experience.  It’s impossible to shop for a single type of item, e.g boots, without having to visit a couple dozen shop in shop concessions.  To make matters worse, because space is at such a premium, each concession only has a tiny part of the current season’s collection, so several times, the salespeople referred us to their brand store somewhere else in London.  So, if you must see it, Selfridges is an ok tourist attraction from the outside, but prepare to be disappointed by the inside, and don’t plan on shopping there.  Why shop a Louis Vuitton concession, when there’s a flagship store a ten minute walk away?

Liberty of London however is small-scale version of what I expected Selfridges to be.  It maximizes the heritage of its beautiful historic building and is worth visiting, if only to ogle the vintage handbag department… Chanel and Hermès fans will not be disappointed!

One thing I love about London is how helpful everyone is! Almost every shop we went into tried to suggest another shop where we might be able to find the perfect pair of boots.  Eventually, someone’s suggestion landed us on Jermyn Street where we finally found a beautiful pair of boots from English shoemaker Joseph Cheaney & Sons. Handmade English boots to go with a bespoke English suit… jolly good!

I love the Marks & Spencer Food Hall, it reminds me of a big, English Trader Joe’s… do not go in there hungry! I like to go in around closing time when they’re marking down the prepared foods because their little salad bowls are to die for, and choosing one or two is difficult, so I like to leave the decision up to the markdown gods : -)

We visited the Marks & Spencer wine department several times and had our traditional hotel picnics… me stuffing myself with marked down salad bowls, Branston Pickle and sharp cheddar sandwiches, and Mr. Kipling’s cakes in various persuasions; Robert doing the same with pork pies as I looked the other way.

Our final order of business was to finalize Robert’s wedding ring, which was made by our London jeweller and purveyor of Little Edie and Jackie. While we were there, I started up a little bespoke project of my own that will make Little Edie look positively modest… can’t wait to show you! 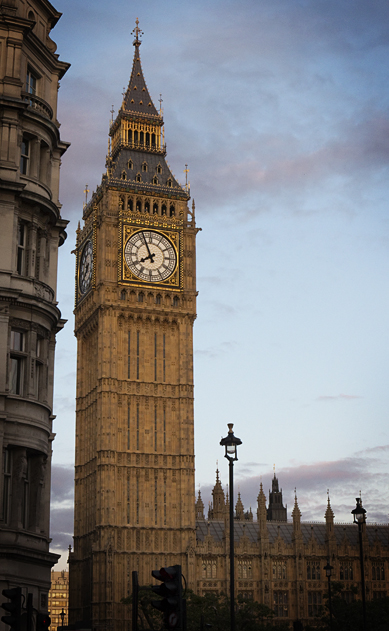 Despite all of that shopping, we also had time to meet up with Robert’s parents, which was wonderful because I haven’t seen them since last November.

We went to see the ceramic poppies WWI commemoration installation at the Tower of London, and they were lucky enough to be able to join us on the triumphant part of our search for the perfect boots, and on one of my many trips to the jeweler ;-)  We went to Carnaby Street (they hung out there in the 60’s!), walked around the West End, and had dinner together.

If a city could be someone’s soulmate, London would be mine.