A couple of readers have asked about Opie… ask and you shall receive :)   Here he is sitting on “Odder’s Throne,” so named because he loves to steal my seat! 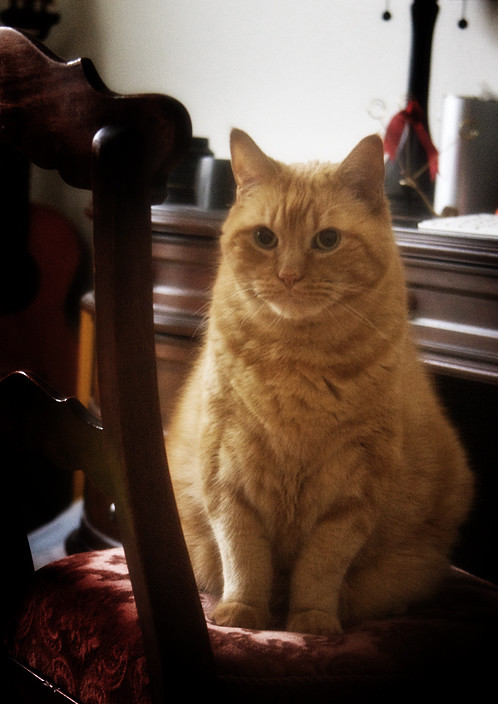 When he was a kitten, he used to sit on the edge of the tub while I took a bath; one night he was had a little too much fun with the bubbles and fell in! He looked like a little otter as he tried unsuccessfully to climb back out, so he’s been nicknamed The Otter ever since, Odder is the Danish spelling.

I adore this little monster!  I’m always smooching him and asking, “why is he so freaking cute?” And Robert just says, “because he’s a cat and you’re a woman.”

However, for a dog guy (and despite what he’ll admit to), Robert has become quite taken with this silly orange moggie… he’s even trained him to sit on command and to come when he whistles.  Now I wish he’d train him to use the toilet and to not eat my houseplants ;-)