My daily commute without traffic is an hour and quarter each way.  The Oik is with us five days out of seven and has a lot of extra curricular activities, so I’m constantly trying to juggle my crazy commute and our ever changing family dynamic.  Robert has a much shorter commute and offers to help out, but cooking is my thing and for better or worse, I take on the lion’s share of that responsibility.

The Oik is a super easy, super awesome kid. I couldn’t ask for a better stepson.  He’s completely cool about eating vegetarian food, and never turns up his nose at things like tofu, tempeh, or seitan.  His only request is “no cooked mushrooms”… texture issues.  But he’s not a diva about it, he’ll politely pick them out and feed them to his Dad, which is exactly why I strained the mushrooms out of his portion of the Thanksgiving gravy.

In the beginning, there was a bit of hit and miss as I figured out what he’d like to eat, and what I could manage with such a long commute,  but I’ve found a rhythm.  I’m fortunate to work in the center of town, which means I eat lunch at my desk and spend my lunch break doing my grocery shopping.  I shop daily, which is different from what I’ve been used to, but I just haven’t got the fridge or pantry space to do a big weekly shop.

Since the Oik is with us for such a limited time, and because he’s so agreeable to my crazy American vegetarian food, I let him choose our meals when he’s with us.  There’s a definite pattern to his choices, and now I’ll share his top 5…

Waffles have become a Friday morning tradition and the subject of many Snapchat messages!  The tradition has also spilled over to Saturdays, and sometimes Sundays :) 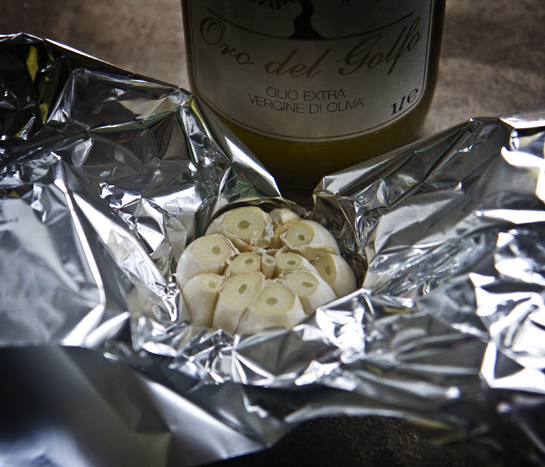 It’s positively frigid outside, but The Oik is still playing outdoor football a couple times a week, so roasted potato and garlic soup with garlic bread is highly popular with everyone.  Sometimes I feel like I’m always in the kitchen, so I love that I can leave this warming on the stove while we each serve ourselves as schedules permit. 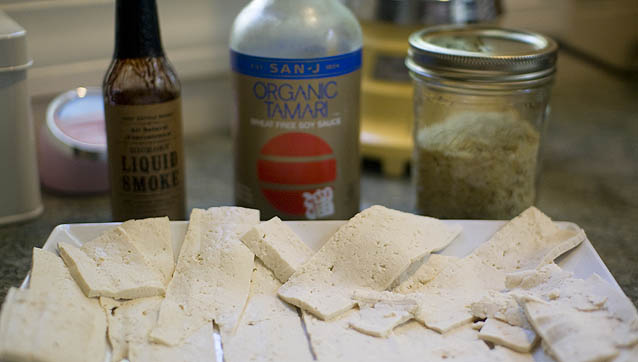 This recipe and I go way back, The Oik was skeptical at first, but now he’s convinced that it really does taste like bacon.  He usually requests it everytime he’s with us, and he likes to dip pieces of fried tofu into the tamari/liquid smoke mix while I’m cooking and tell me how delicious it is.  The recipe is a complete pain in the a**, but I’m not complaining ;-)

When The Oik returned from visiting his grandparents in England and told me enthusiastically about the panini place they’d gone to, I knew I had to make this for him!  These have become a house favorite… of course we use Robert’s easy homemade almond pesto! 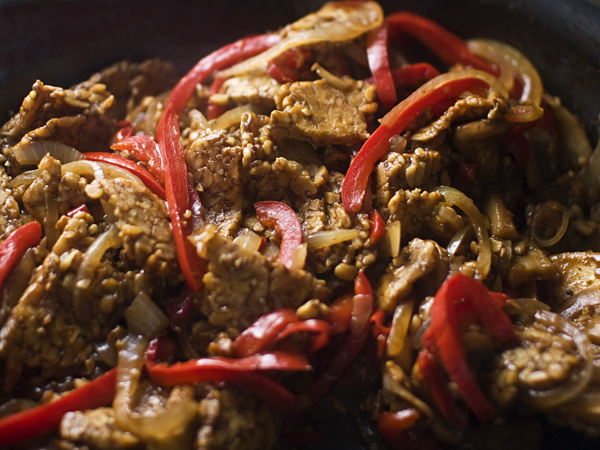 This one was a bit of a Hail Mary, I thought that tempeh would definitely be too weird, but it ended up a winner!  To keep it Robert friendly, I use red peppers and to keep it Oik friendly, I skip the mushrooms, we all eat it in overstuffed baguettes with HP Sauce!

We also eat a lot of curries.  I’ve recently become interested in BIR cooking, which mimics the style of takeaway curries popular in the UK.   There’s a lot to learn and I plan to share my knowledge here, but so far I’ve mastered to rave reviews Biriyani, Jelfrezi, Korma, and Madras.

What are the most popular meals in your home?