My last post generated some interest in my home workouts, so I thought I do a post about home workout programs that work. Something most people don’t know about me is that I was overweight as a child into my early adult years. I struggled, I starved, and I struggled some more.

On January 1, 2000, I did a home workout video that changed my life. Online shopping was still new and deep discounts were easy to find, so I ordered two workout videos by a company called The FIRM. I didn’t know anything about them other than that they combined aerobics and weights and were supposedly the most effective workout videos available. After a few weeks of alternating Body Sculpting Basics and Low Impact Aerobics (originally released as Volumes 1 & 2), I was hooked and eventually ended up owning nearly every video The FIRM ever produced*. Talk about home workout programs that work! Old school FIRM definitely delivered.

Around 2001, The FIRM was bought by Goodtimes and marketed via infomercials. That summer, I submitted my dramatic 40 lb. weight loss success story and was flown to Columbia, SC to star in their infomercial! We filmed at the gym where the workout video concepts were born and I met a few of my favorite instructors (Allie Strickland, Nancy Tucker, Jennifer Carman, Lisa Kay), but unfortunately, The FIRM as I knew it was over. The original FIRM left me with a lifelong fitness habit which has served me well and I’m forever grateful.

As I wrote in my last post, I exercise at home because it’s cost efficient and saves time. Fitness has been a daily part of my life for over 15 years. I workout on average at least five days a week, and despite being a certified personal trainer since 2004, I’ve never belonged to a gym. With so many home workout programs that work, I don’t need to take on the hassle and expense of joining a gym.

Here are my 5 favorite home workout programs that work…

I own or have owned most of these workouts and while they’re dated, I still consider them my favorite workouts of all time. Back in the day, all FIRM Direct orders shipped with a “90 Day Rotation” calendar, which I’ve completed many times. It was my go-to program anytime I wanted to get in top shape and I only abandoned it because VHS gave way to DVDs and only a handful of the workouts were ever released on DVD before I moved to Denmark and the cost of import duties made them insanely expensive. However after 15 years, I still do my FIRM workouts. They’re unlike any other workouts I’ve done, except perhaps my number 5 pick.

I’ve always wanted to like Chalene. I’ve completed CLX, TurboJam, and TurboFire, and I’ve not been impressed. Regardless of what the word on the street says about heavy lifting for women, heavy weights do bulk me up. After 3 months of CLX, I looked like brick shithouse! TurboJam and TurboFire were enough fun to get me out of bed at the crack of dawn, but they didn’t deliver much in the way of results.

Then PiYo came along. I started PiYo this past July and finished it in late September. This was a leap of faith. I was a FIRM Believer… for nearly 15 years, I worshiped at the altar of cardio and weights and now I was entrusting my hard-earned physique to pilates and yoga? It was insanity! But I looked forward to the workouts. I felt great during and after the workouts, and they gave me the lean, defined look that I wanted to achieve at this point in my life. Who knew that backing off the burpees and weights could yield such beautiful results?  PiYo for the win!  Seriously.

It’s time consuming and tedious, but Slim Series remains one of the most effective workout programs I’ve ever used. This is a very early Beachbody program, and it includes the countdown clock, so I know exactly how much time I have left before I can get on with the rest of my life ;-) I love the countdown clock and wish all workouts had one! You need to set aside at least an hour a day for this program, but the reward is worth it and the time goes by more quicly if you listen to your own soundtrack ;-)

I’ve never watched Biggest Loser and I don’t really know Jillian Michaels from Jane Fonda, but Body Revolution rocks! Awesome results in under 40 minutes a day, seriously! And she’s funny. I’ve done this whole program twice through now and gotten great results both times. If you’re willing to be honest with yourself about your effort, this program can yield great results, but at under 40 minutes, you’ve got to bring your A-game. No excuses.

These six workouts were developed The FIRM Founder Anna Benson. Some legal troubles led her to sell her beloved franchise to Goodtimes, but she independently launched several workout programs afterwards.  Unfortunately, they weren’t as good as the original FIRM workouts, but Kickbutt comes close. The production quality and sets fall a bit short of her earlier releases, but the flow of the workouts is pure Anna and she even managed to bring back some of the original FIRM instructors like Heidi Tanner and Tamela Hastie. They’re not the most advanced workouts, but I feel great doing them, I love the new age soundtracks, and I easily modify the intensity up by adding ankle weights and skipping some of the props like yoga blocks.

Other Home Workout Programs That Work

I’ve tried a lot of workout programs over the years… P90X, Cathe, Les Mills Pump, and Insanity for example and I can see why people like them and I think they’re quite effective, but they don’t keep me coming back. I’m not an intensity junkie and heavy weights don’t give me the shape I want, so that’s why these very popular programs didn’t make my list of home workout programs that work.

There are also quite a few standalone workouts that I like. Surprisingly, I think Cindy Crawford’s Shape Your Body Workout (on YouTube!) from the early 90s is very effective. I also like Tom Holland’s Total Body Workout and some retro goodies from Step Reebok, Tae Bo, and Gilad. These didn’t make my list of home workout programs that work because I find my best results come from programs with workouts that are designed to work together on a set schedule, not individual workouts.

Workout DVDs aren’t a big thing in Denmark, so it’s expensive and difficult to get new programs and I occasionally look for streaming workouts. Jessica Smith TV has a lot of great free streaming workouts in all sorts of formats, and I find the arms segments from Tracy Anderson’s Mat Workout to be a nice add-on to PiYo.

Between programs, or when I’m having trouble staying motivated to workout, I’ll back off or do a week of favorites. This usually gets me back into the flow. I never break the habit. I’ll allow myself a week or two of slacking, but I don’t go longer than that because I’ve worked too hard and this is a habit I want to have for life.

I don’t obsess over my figure, I work out consistently, I eat a mostly clean vegetarian diet, I drink unsweetened tea, I walk as much as possible, and only indulge in things I really enjoy. Cake is a big part of Danish office culture, but passing it up doesn’t pain me. More often than not, I say nej tak to the cake. However, I never say no thank you to sharing a bottle of red with someone, and I’ve never met a bag of chips I didn’t like. Priorities, consistent choices, and moderation pretty much sum up my approach to fitness.

Do you exercise at home?  What are your favorite programs and why?  Can you recommend any home workout programs that work? Tell me in the comments :) 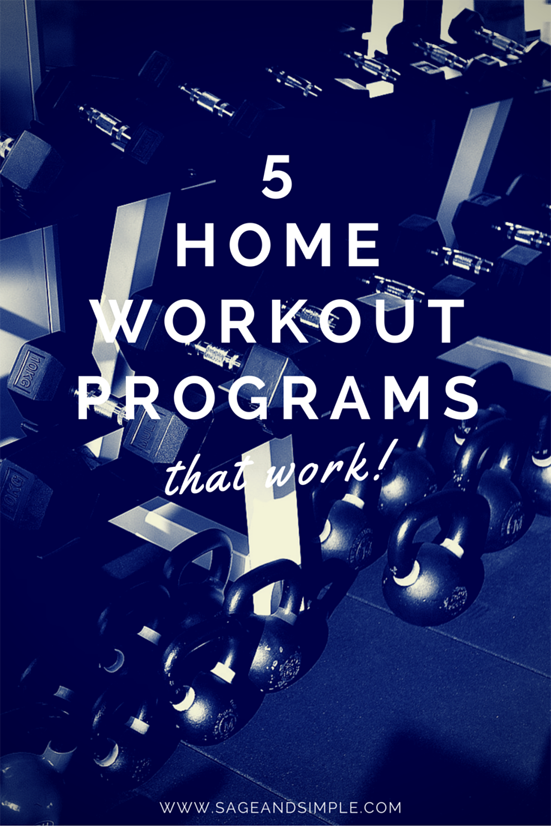 *I’m referring to the original, pre-Goodtimes FIRM workouts. After the original owners sold the concept, it was never the same. The distinctive format and production quality were gone, and the workouts were pretty much like so many others on the market. A lot of people only know the new FIRM and I know it’s been quite successful, but it never clicked for me.