I asked on my Facebook page last week, which items my blog followers were most curious about, and I’ve tried to include as many of the suggested items as possible. Because there are so many items, I’m breaking this up into a series of three posts… Groceries, Cosmetics & Beauty Items, and Liquor & Miscellaneous. Today’s post will look at Denmark grocery prices. 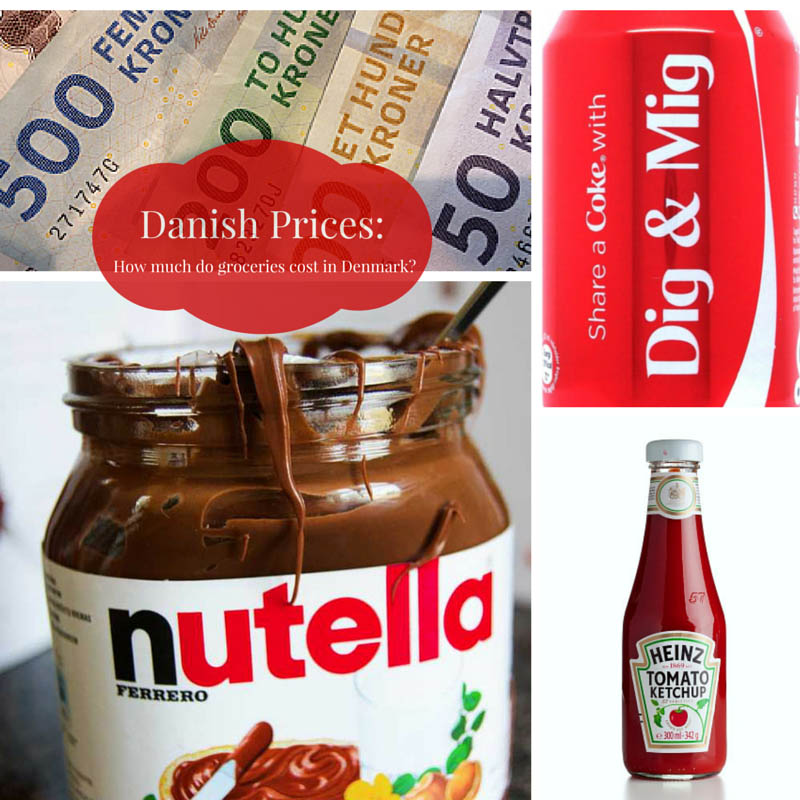 The average exchange rate from when I arrived in Denmark in 2010, through 2014 was 5.60 Danish Kroner to 1 US Dollar. This had a significant impact on my buying power vs. today, so I’ve added a USD Average column to show the prices based the average 2010-2014 exchange rate, which is an accurate representation of how I’ve experienced Danish prices over the past 5 years.

The price given in the USD 3/20/15 column is based on today’s exchange rate of 6.97 Danish Kroner to 1 US Dollar.  The US Dollar is at a 12 year high against the Kroner right now.

We’ll start with grocery prices.  All of my Denmark grocery prices have been taken from Føtex and SuperBrugsen, which are mid-level grocery stores, comparable to an average grocery store in the US, something between Aldi and Whole Foods.

Managing Our Grocery Budget in Denmark

Of course, the stores here run weekly offers… I’m a special offer shopping ninja! I run a tight household, keeping a close eye on inventory so I can replace things while they’re on offer and not at full price, after I’ve run out. I once paid $5 for a tube of Aqua Fresh toothpaste and learned a painful lesson.

I save money by stocking my tiny pantry with staples when they’re on offer, making a loose meal plan around what’s on offer, and by shopping daily and creating meals based on what’s about to go out of date and is being sold at a deep discount. In my life, there’ no such thing as brand loyalty.

Produce here is dire in variety and quality, and for the most part comes pre-packaged. Red peppers are usually available individually, but if I need a green pepper, I have to buy a 3-pack containing a red, a yellow, and a green. Decent quality tomatoes are for the most part only sold in 500 g packages, which is a lot of tomatoes if I’m the only one eating them. Fruit is mostly sold in multi-packs, and I’ve given up on avocados.  I usually have stray fruits and vegetables languishing on the countertop or in the fridge while I try to figure out how to use them up.  And I shudder to think about how much waste all of that excess packaging creates.

I shop 4-5 different grocery stores each week, in addition to an Asian grocer for tempeh, tofu, and Asian ingredients, and a Middle Eastern Bazaar for dried beans, flatbreads, and spices.

There have been a lot of memes going around recently about how wonderful it is to live in Denmark, and how lovely it is that McDonald’s employees make over $20 and hour. Putting it in context, roughly 50% of that goes to income tax, and 25% of whatever is spent goes to VAT. Denmark has the highest rate of household debt in the world, owing on average 321% of their disposable income to creditors. So, we’re not exactly raking in cash over here.

Having been out of the US for nearly 5 years, I have no idea what US prices look like these days. How do you think Denmark grocery prices compare?

When I travel outside of Denmark, everything seems so cheap, but I think the biggest differences are on cosmetics & beauty items, clothing, and prepared food. We’ll take a look at those prices in the coming days.