In two days, it will be exactly five years since a very anxious lady (me) and her ginger cat (Opie) took a leap of faith and boarded a plane out of Boston on a one-way ticket to Denmark. 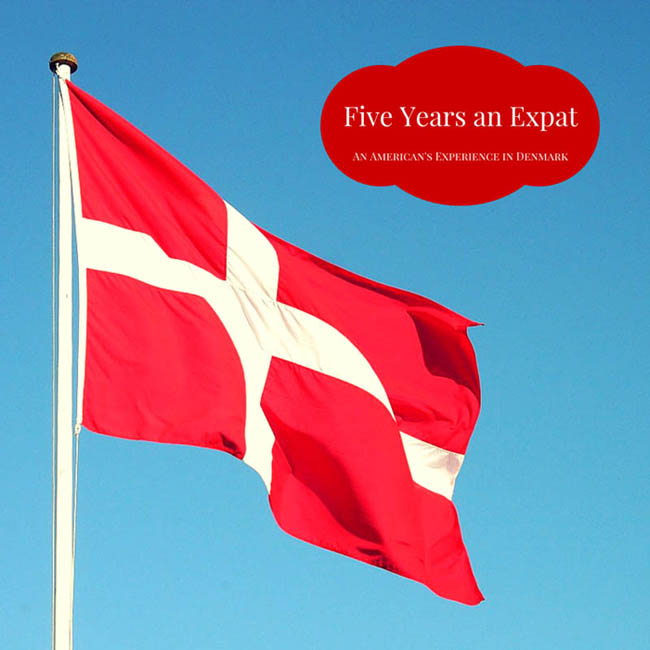 One year in, the experience of living abroad was still new, and I was uncertain as to whether I’d stay in Europe, or move on… funny how I mentioned living in the UK and now find myself married to an Englishman :)

Two years in, I was finding my footing, my home was taking shape, I was traveling, getting my Danish driver’s license, and preparing to stay here a bit longer.

Three years in, I had one foot in and one foot out. I was starting to get frustrated with things and was feeling restless, but stayed mostly for my job and for opportunity to travel a bit more.

Four years in, I came clean about not being particularly happy here. I wrote about my online dating woes, of meeting Robert, beginning to merge lives, and I alluded to future plans on this side of the Atlantic.

Five years in, I’m married to my Englishman, and I’m over being here.  I’m done with Denmark, and I’m just waiting for the clock to run down.

“If you are interested in horrible places, I can recommend Denmark. No one starves. Everyone lives in small, pretty houses. But no one is rich, no one has a chance to a life in luxury, and everyone is depressed. Everyone lives in their small well-organized cells with their Danish furniture and their lovely lamps, without which they would go mad.”

I’m a tall poppy in a country that values conformity, and that’s just not how I roll. I want more than a little house, a couple of Kahler vases, a few H&M dresses, and an endless supply of rugbrød and licorice. I’m talented, I’m motivated, and I want the trappings that come with hard work… those trappings do not include an IKEA kitchen or an Arne Jakobsen Egg Chair.

Half a million dollars in the so-called happiest city in the world buys a tiny charmless apartment that’s about as convenient and depressing as something in Alexanderplatz, pre-November 1989. We’ve got a dirty little community laundry room that smells like feet and must be booked in advance, even though people regularly nick my washing time. If I leave my laundry detergent unattended, people steal it. Our upstairs neighbors’ kids scream night and day, and play the drums… what kind of idiots give their kids drums in an apartment block?  And you haven’t truly lived until you’ve tried to fall asleep on a Saturday night to the sound of drunk Danes singing Bon Jovi.

Whenever we travel, I insist on going into a grocery store, if only just to marvel at that quality and selection of what’s available. One of the things I miss most in Denmark are nice grocery stores and good quality produce. Usually at least one night, we’ll have a hotel picnic of things we’ve found in the grocery store, things that I took for granted before I came to Denmark like salads and nice cheeses, delicatessen items, and bread. I joke that living here has turned me into a hoarder because every time we go abroad, I come back with a suitcase full of groceries and cosmetics.

I miss going out to eat in good restaurants where I enjoy the food and the atmosphere. I miss water that doesn’t make a mess of everything it touches… hard water is hell on earth, and Denmark hasn’t caught on to water softeners. I miss considerate people with nice manners, and I miss good customer service.

I’m tired of only feeling happy and alive when we’re abroad.  I cry at the airport when it’s time to come back and I hear people speaking Danish. Somedays, I think I’m losing it.

I’ve outgrown the job I moved here for and being foreign and not fluent in Danish, my other employment opportunities are slim to none, so I applied to a Masters program. I’ve been paying 50+% of my income into the system for 5 years now and figured I’d take advantage of some of those fabulous Danish social benefits we read so much about.  The year-long paid maternity leave ship sailed and I wasn’t on it, so why not grab some student grants and free tuition?

What the letter should’ve said is:

“We can tell by your name that you’re not Danish. We don’t like dirty foreigners taking up space and funding at our University, and since you’re not an EU citizen, we can’t be forced to accept you.

The phrase, ‘If you don’t like, leave’ amuses expats to no end. It’s the default response of many locals anytime we dare to question anything about verdens bedste country. So, you might say to a fellow expat, ‘do you think spring is ever going to get here?’ and they’ll reply ‘this is Danish spring, if you don’t like it, leave. There’s nothing keeping you here.’ You know, because it’s so easy to just pack up and move countries if you have half Danish kids, or are married to someone who does.

This grad school rejection is pretty much the final straw on a camel’s already broken back. I’m tired of living here. I’m tired of not having options, I’m tired of paying in full hog and getting nothing in return. If I had a time machine, I’d have called it quits after my initial 3 year contract and gone back to the States.

That said, I’m not sorry I came. I’ve learned so much in these years and have become so much stronger and more resourceful than I would’ve been otherwise. Traveling has forever changed my view of the world, and living in a different culture, even if the culture isn’t for me, has given me a different frame of reference on pretty much everything. I’ve been challenged, I’ve been pushed to the edge in so many ways and I may have cracked, but I haven’t broken.  I’ve survived, I’ve flourished, I’ve had the pleasure of knowing and working with many lovely Danes, and I’ve met the love of my life. But Denmark is not for me, and its ok.

After five years in limbo, we have an end date. I can’t share the specifics just yet, but there will at some point be an announcement here saying that we’ve bought a big old house with beautiful kitchen, a clawfooted bathtub, fireplaces, and a big garden, and that we are outta here! I’ll tell you that I’ve bought the classic car I’ve always wanted, and that we’re going home.

I’ve been through a lot that I haven’t shared here and after five years, I’m done. I won’t say that I quit, but I’m mentally finished with the Scandinavian miracle.

Five years in… the end is hopefully near. Don’t believe everything Bernie Sanders says in Huffington Post.