We live in a country with one of the highest household debt to income ratios in the world, but the other day, Robert and I made the final deposit against our mortgage, and became 100% debt free! 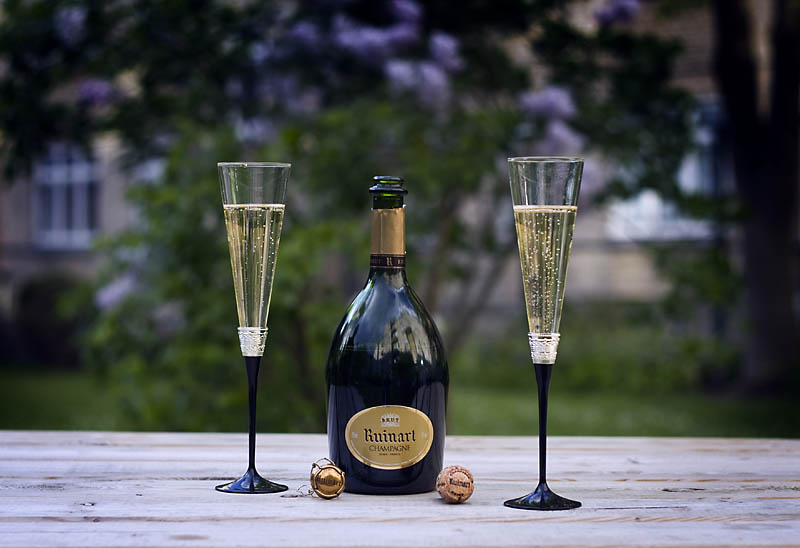 This is the second mortgage I’ve paid off, and it feels pretty much the same as it did the first time… liberating, yet anti-climatic.

In January, I wrote a post about financial priorities.  If you want to know how we’ve managed to be debt free by 40, I divulge our secrets there. Actually, there aren’t any big secrets… it’s about priorities, choices, and balance.

Even before we’d met each other, Robert and I prioritized our longterm goals above our immediate wants, and it’s finally paying big dividends. By living modestly and avoiding non-mortgage debt in the first place, we’ve been able to divert most of our income to paying down mortgage principle, which has saved us tens of thousands of dollars, and given us financial freedom.

But what does it change?  Not much, really. We were so excited when we transferred the money and saw the balance zero out, then we celebrated with a fancy bottle of Champagne, now it’s back to business as usual. It’s a nice feeling to be debt free, but we’re not suddenly multi-millionaires, and not much has actually changed.

We plan to continue as we’ve started. We don’t have any major celebratory purchases planned (except the bottle of Champagne). Our lifestyle won’t change. I’ll continue to shop the weekly offers, cook from scratch, buy from secondhand stores, carpool, and have my spa treatments at the local beauty college for half price. We’ll travel and splurge once in a while on jewelry or designer goods, but otherwise, we’ll continue to live our simple day to day life in our modest city center apartment, saving for sunnier days in England.

I appreciate this moment, its freedom, and what it represents, but everything we wish for and dream of is in England, just out of reach for now.

We dream of a nice historic house on a pretty English street. I want to drive a vintage convertible and shop at a well-stocked supermarket, have a garden, cook in a big beautiful kitchen on a fabulous Aga, take bubble baths in a deep clawfoot tub, sleep in a bedroom with a fireplace, cuddle Opie, and hang out with Robert.

Life right now seems so far away from all but the last two points, but I’m grateful that for now, we own our own little piece of the happiest city in the world free and clear, that property values are rising, and that we have a plan.

It’s the small choices we’ve made every day like bringing lunch instead of buying lunch, and paying cash or going without that have added up over time in a big way and made this possible. As Robert says, “look after the pennies and the pounds will look after themselves.”  Truth.