Our anniversary trip to England was awesome and more than made up for our nightmare of a Gibraltar wedding! We spent a few days in London, then headed to Lincolnshire, which was insanely beautiful and reminded so much of where I grew up in New England, except it was better! Isn’t the original always better?

We went to a farmers market which really was a farmers market, unlike the Danish version where they sell avocados and cacti and things wrapped in plastic with barcodes on them. In Lincolnshire, the produce was local and so fresh, and the people were proud of their work and happy to chat about it. They were all so nice… the train conductor even showed Robert how to drive a train! And they serve chips with everything! I’m a french fry junkie so any place that automatically brings a side of fries with the veggie lasagna is more than ok in my book. These are totally my people.

And the grocery stores are huge, like American huge! After living in Denmark for so long and pretty much only shopping in London, I was blown away by the selection in the English supermarkets. It was like going home. There is a reason New England is called New England. 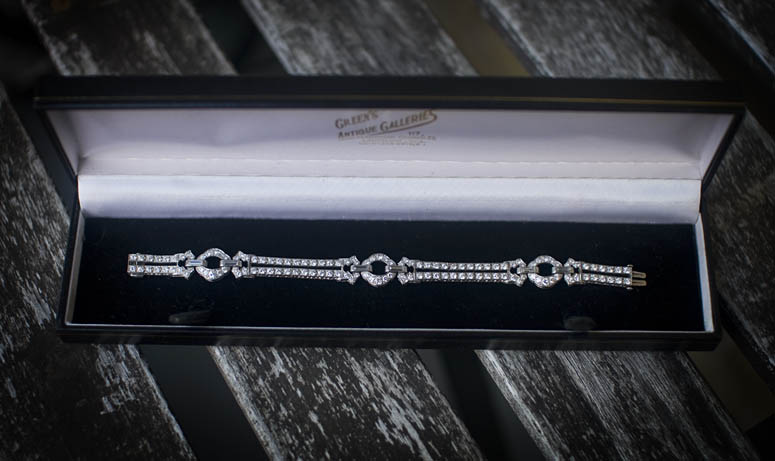 Back in April, for my birthday, I got Zelda Fitzgerald, a 1920s sapphire and diamond Art Deco cocktail ring. At the same time, I’d fallen in love with an antique Art Deco diamond bracelet from the 1920s, but I could only have one of them, so I chose Zelda. Now I have both :)

The still to be named Art Deco diamond bracelet is made of platinum with 7.00 carats of round old cut diamonds, and she looks Gatsby-fabulous with Zelda, and Ella & Billy. What is it about Jazz Age jewels? And why is it so much fun to put them all on and hang out at home?

I hope things are less crazy soon so I have time to watch more Gilmore Girls and write on a more regular basis. I’ll tell you one thing though, when life is crazy, there’s no one I’d rather be in it with than Robert. I really hit the husband jackpot with him.