So, imagine my glee when this seven room apartment came on the market in the Latin Quarter! The Latin Quarter is my dream neighborhood because it’s in the middle of everything, with its cafes and little independent shops giving it a nice bohemian vibe that’s far from the scruffy feel of Aarhus’ actual bohemian neighborhood.

We knew going in that it would be a fixer upper, but the bones… OMG, the bones of this place! The size of the rooms, the transoms, the cool windows, the high ceilings, this place looked like my fantasy Aarhus city apartment, and as long as I agreed to deck it out in mid-century modern design, Robert was willing to indulge me.

My Real Estate Dream: A Big Aarhus City Apartment in the Latin Quarter

A typical Aarhus city apartment stairway, but check out that awesome door! 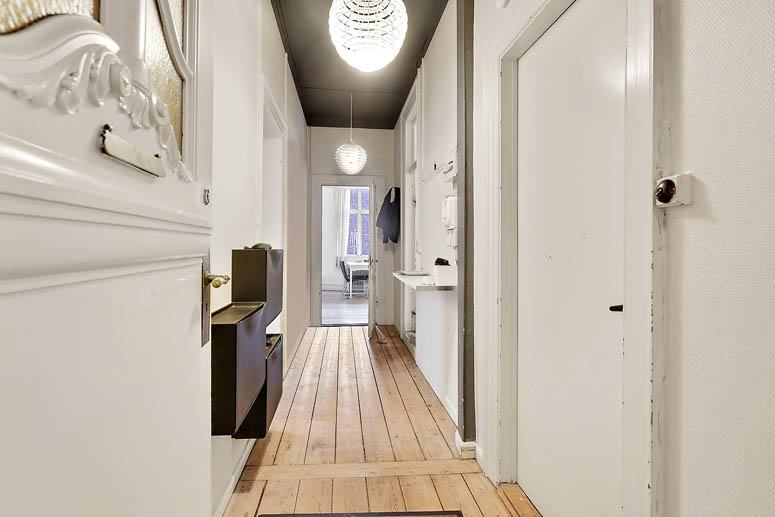 It’s not looking good… how old is that lightswitch and how may layers of paint are we dealing with? 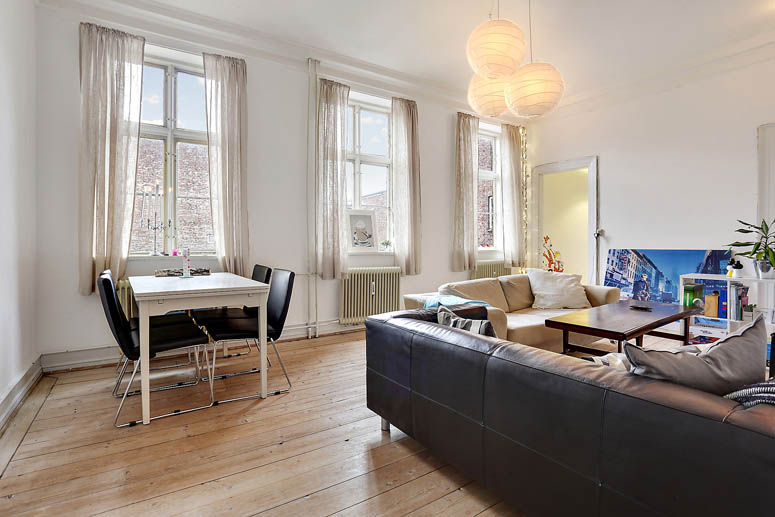 I think I could work with this :) 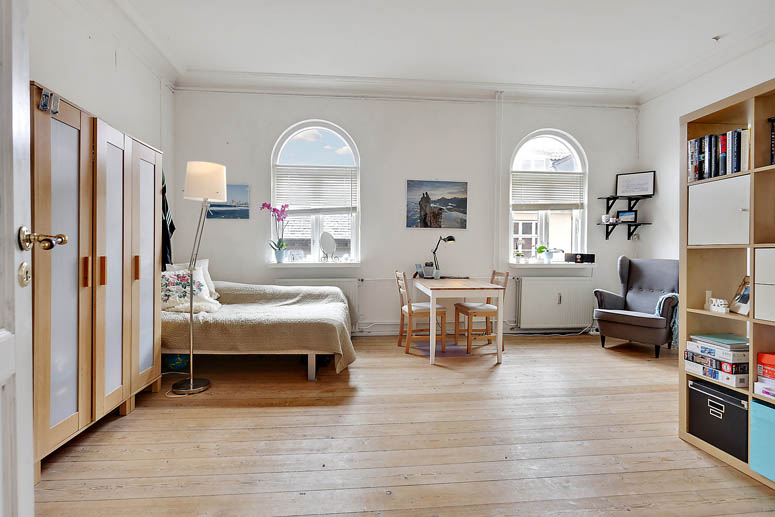 Look at the size of this room, and the shape of those windows! 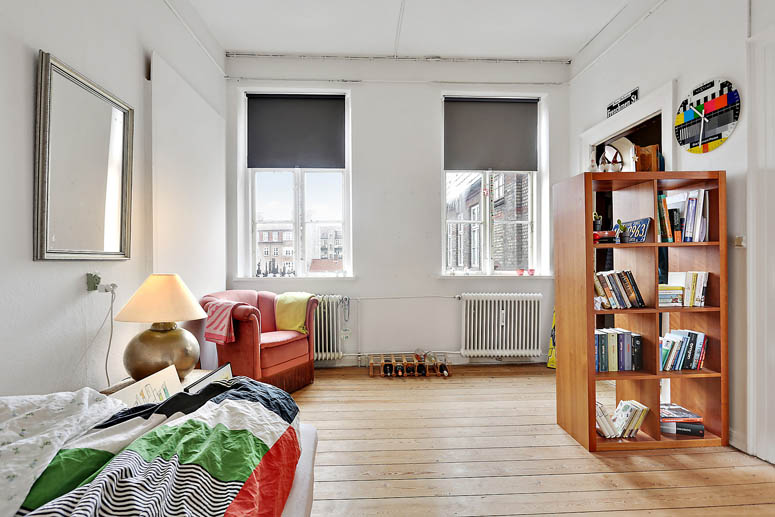 That city view is why I want to live in the middle of Aarhus, the 2017 European Capital of Culture! 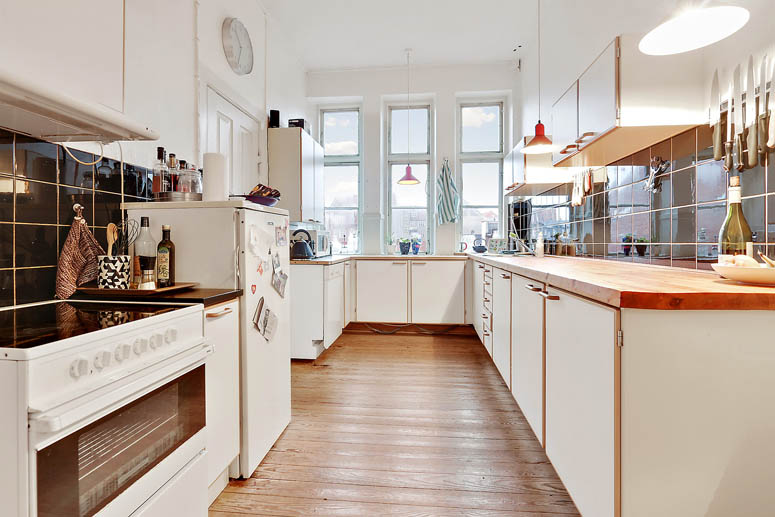 This kitchen is huge even by Danish house standards and I know exactly how I’d renovate it!

It’s common to have the washing machine in the bathroom or kitchen, but there’s still room for a small clawfoot bathtub :) 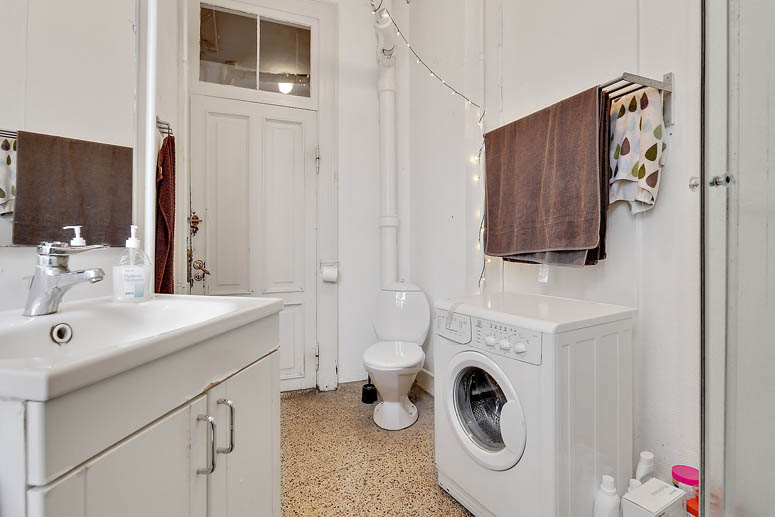 Unfortunately, this bathroom should be condemned.

We are completely ok with renovating a kitchen and a few bathrooms, but this apartment had been rented out to Aarhus University students since the 1970s and it was in a terrible state of repair. The electrics needed complete refurbishment, the windows needed to be replaced, and we’d have to get a professional to remove those many layers of old paint. This place needs restoration, not renovation.

This apartment could be absolutely stunning, and we’d considered it for a minute, but the dealbreaker was that we wouldn’t be able to live there while the restoration was going on. It would be an uncomfortable stretch to keep our current apartment in Frederiksbjerg while paying a mortgage and contractors on the other place, and we’re concerned that we’d pay out more than the apartment would ultimately be worth.

The Latin Quarter isn’t a very desirable area of the city for people who would have the means to buy a fully restored seven room apartment when we go to resell. People with money are moving out of Aarhus city apartments to the trendy and newly built apartments on the harbor front. Robert would love to live in the Iceberg, but it’s really not my style, you can see it here.

And so our search for the perfect Aarhus city center apartment (or house) continues.