Robert and I have been focusing our search on big, impressive places, but a little borderline derelict, hadn’t been renovated in fifty years bungalow in need of more TLC than we could give it got us thinking in a new direction.

Before I moved to Denmark, I’d dreamed of expanding my garden and turning my suburban Connecticut lawn into an urban backyard homestead. Then my life changed dramatically, I gave up gardening, and that dream drifted away as my life took a different turn. But that decrepit little bungalow has awoken the simple dream I’d packed away six years ago when I moved countries and my life became far too complicated. Now that I’ve resigned from the corporate rat race, there’s never been a better time to revisit it, and we’ve found the perfect place!

Something horrible is happening to Danish houses. Old houses that look stunning from the outside have been stripped of their period features, or as Robert says, “had their souls surgically removed.” Real estate listings proudly tout new kitchens and bathrooms from 2015, and completely modernized properties. I’ve seen dozens of desecrated properties in the past weeks, and I think Danes are ruining an important part of their heritage one bad renovation at a time. Modern Scandinavian design does not belong inside a 1920s – 1930s shell. It’s not edgy, it’s not cool, it’s just sad. And to my vintage loving heart, it’s unforgivable.

So, when we stumbled upon this mostly untouched cabinetmaker’s house from 1930 on a large plot of land at the edge of the city, at half our maximum budget, we knew we’d found something special. 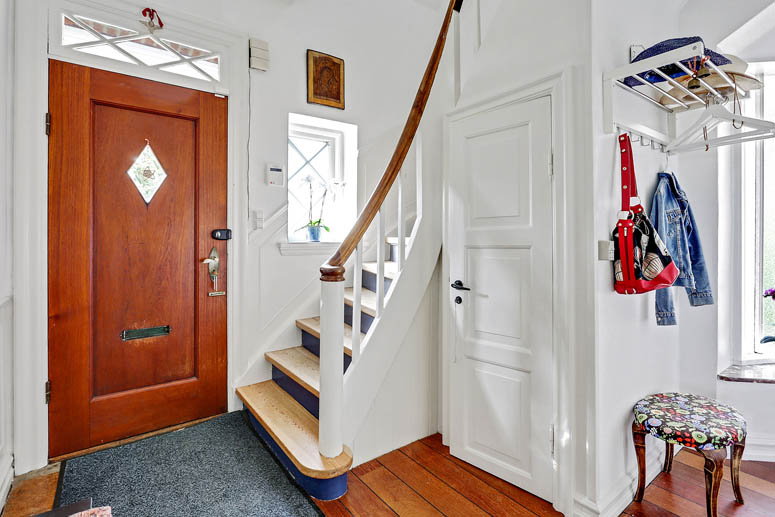 That door and entryway are pure vintage magic! 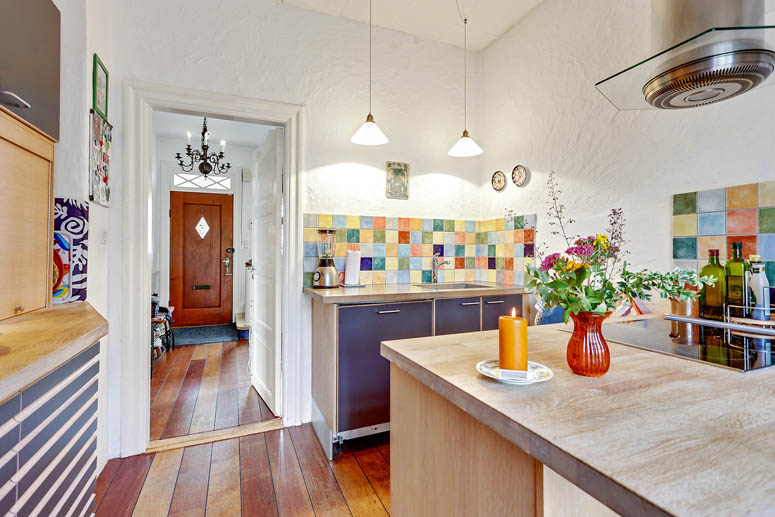 It’s smaller than I’d like, and it needs to be renovated (in a historically sensitive way, I promise), but the bones are there! 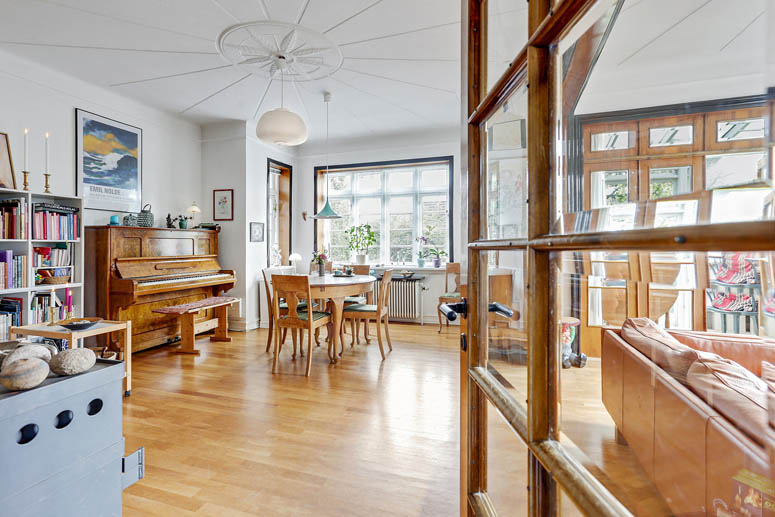 Check out that original circa 1930s ceiling! *swoon*

Those windows, french doors, and all of that untouched woodwork had me at “hello!” 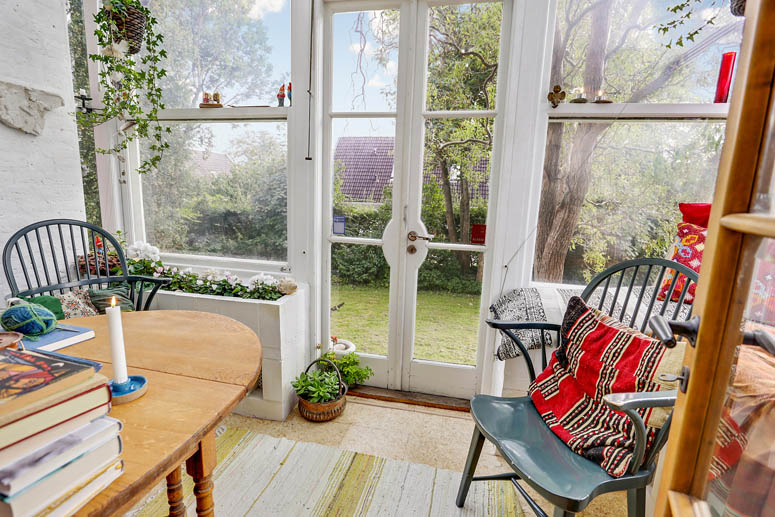 This little conservatory would make a perfect office for me :) 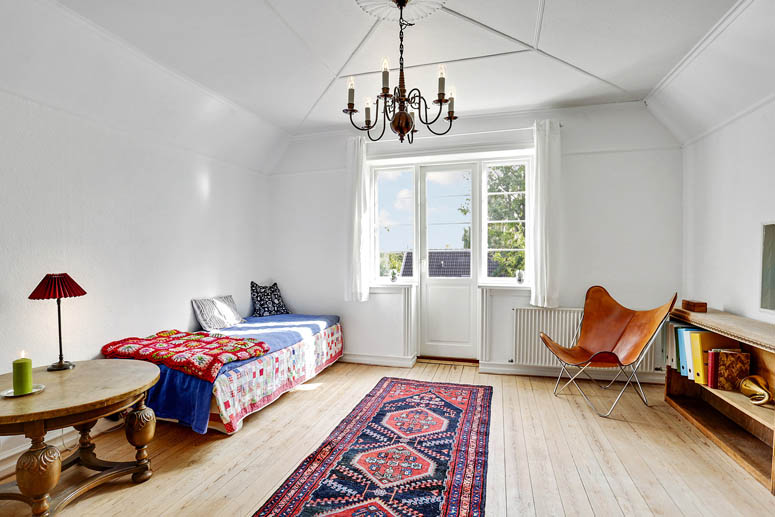 Another cool ceiling… and a balcony for morning tea and late night stargazing. 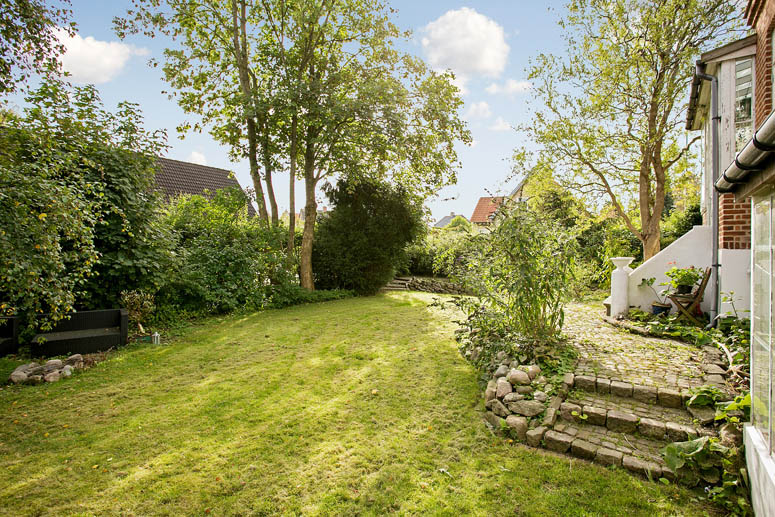 I adore these little stone paths! 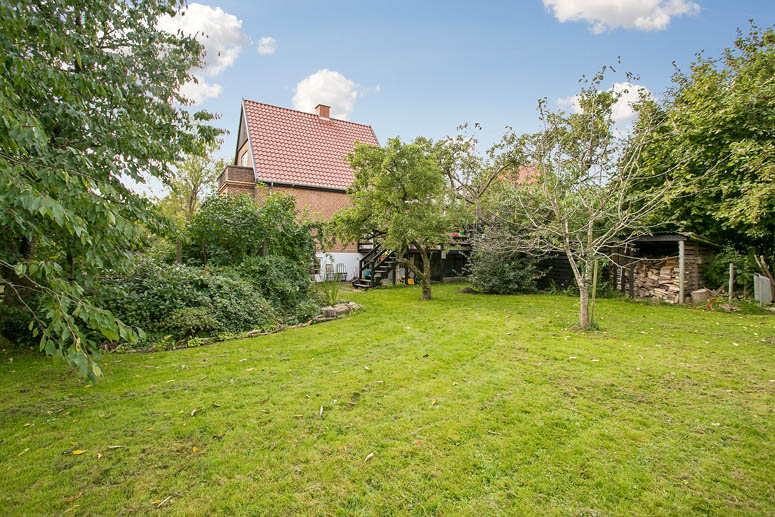 We were so happy to finally see a house that hadn’t been pillaged! I knew this romantic little place was our house and my muse as soon as I walked into the living room and dining room. It has the old soul I need, and it can totally rock designer mid-century modern furniture, which Robert needs. There are so many beautiful details and cozy nooks in this house, the bathroom is big enough for a clawfoot bathtub, the lot is quite secluded, and it really is the perfect spot for an urban backyard homestead.

We were ready to make an offer then and there, but when we got to the top floor and looked out over what I thought was going to be my urban backyard homestead, which already had a water feature, raised beds, fruit trees, and a greenhouse, the real estate agent said, “now I have to tell you a sad story.”

Robert and I research the purchase history of every property we look at, so we were speculating as to why the property was listed at below what the owners had paid for it in 2007. I was expecting something much different, but the agent said, “Do you see that tape over there? All of the land behind it has been sold and there’s going to be a house built there.”

That bit of information brought the showing to an abrupt halt, we didn’t bother to see the rest of the place and I rushed off to the car to have a good cry. The property had been initially listed as one parcel, and the real estate listing hadn’t been updated to reflect the subdivision. If we’d known they’d subdivided the lot, we wouldn’t have bothered to go see it. The new lot barely has enough room for a few potted tomato plants, let alone gardens big enough to grow anything substantial. The fruit trees are being cut down, an access road is being built in the side yard, and there’s going to be an ugly one story house where the garden used to be.

So even when people are wise enough to keep a house’s period features intact, they’re greedy enough to subdivide its lot, desecrating it anyway. The crazy thing is that we could’ve paid what they’re getting for the lot and land separately, and still been under budget. Now, they’ve ruined a gem of a property and they’re stuck with a house they’ve got a snowball’s chance in hell of selling, and it serves them right.

So, we found our dream home, and it would’ve only cost half our maximum budget! But its been ruined by greed and impatience, and I’m devastated.