I first went the DIY Smart Ones route to save money, four DIY Smart Ones lunches cost me a bit more what one frozen Smart Ones cost. Now that I live abroad, over six years later, I’m still making this version of the Weight Watchers Santa Fe beans and rice recipe because it’s easy, vegetarian, delicious, and inexpensive… even in Denmark.

I buy dried black beans and pressure cook them a pound or two at a time, then freeze them in 1 1/2 cup servings. That’s the most difficult part of this recipe… aside from the rice, there’s no precooking, just mix everything together, put it in a casserole dish and bake it! It can even be made ahead :) 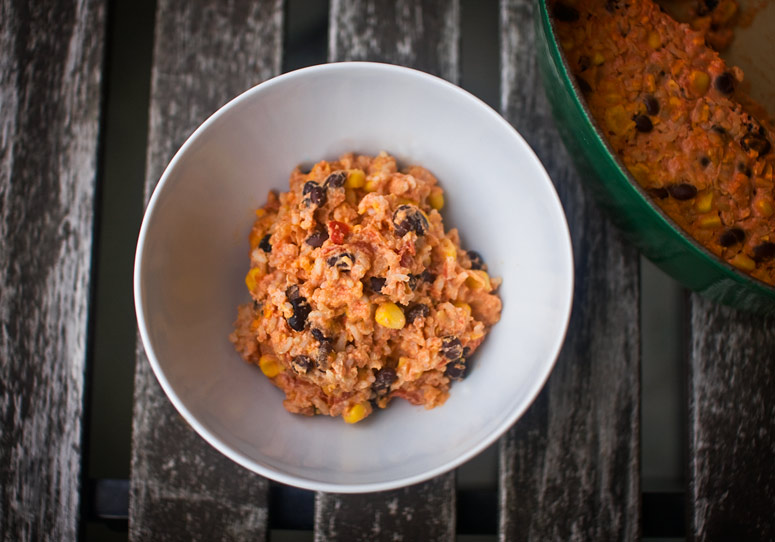 Cook the rice using your preferred method. I put the 2/3 cups rice in saucepan with 1 3/4 cups water, bring it to a boil and let it simmer until craters appear in the surface, then cover it, reduce the heat to low, and let it steam for 20 minutes. This pretty much gives me bang on 2 cups of cooked rice.

Mix everything together in a large bowl and transfer to a 2.5 quart casserole dish that’s been sprayed with cooking spray.

Bake the casserole uncovered at 350 degrees for 30 minutes.

If fat content doesn’t concern you, sprinkle more cheese on top and cook another 10 minutes, or run it under the broiler until the cheese melts.

I don’t follow Weight Watchers, and haven’t calculated the points per serving, but to me this is a pretty dead DIY ringer for the Weight Watchers Santa Fe beans and rice recipe used in Smart Ones frozen meals, and I can’t imagine the nutritional values are too far off if you use low fat ingredients.

You can of course also make this with full fat sour cream and cheese, as I often do for my guys, and it tastes even better! 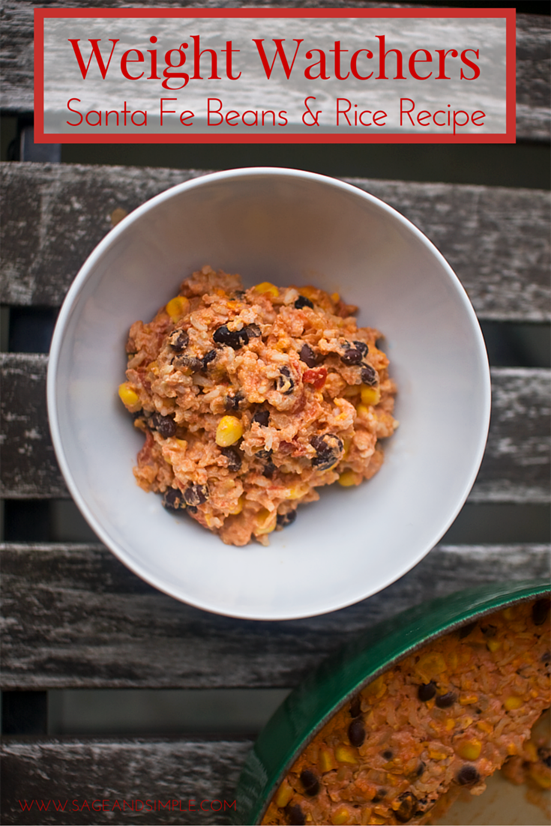