A little over two years ago, newly engaged, I picked my darlings, sold the rest, and moved in with Robert. We sort of wedged them into his place while we figured out whether we’d buy another place here or move abroad. The move abroad didn’t work out and after months of searching, we came up empty handed in Denmark, so we decided to stay in this apartment, embrace small space living, and decorate in mid-century Danish design.

One of the casualties of this decision was my dear makeup table, which I brought over from the States. Sadly, it was too dark, too big, and not anywhere in the aesthetic neighborhood of mid-century Danish design. 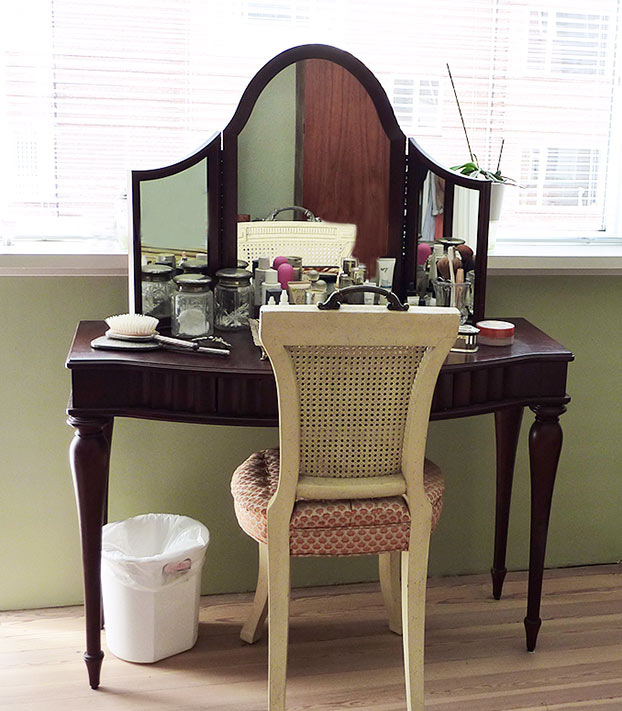 A man came and bought it as a surprise for his daughter’s thirteenth birthday. I was hoping there wouldn’t be any takers, but he paid asking price, so I helped him take it apart, dropped one of its legs on his foot, and cried as he carried it to his car. I felt bad about his foot, but he was a good sport about it. After living here for over six years, I don’t have many American things anymore and it’s hard to part with the few things I have left. But that’s not why I dropped the leg on him ; -)

The pain of parting with one of my favorite things has been somewhat quelled by its replacement, an original, circa 1960s, teak, Arne Vodder dressing table or “sminkebord” as they’re known in Danish. And it’s gorgeous! 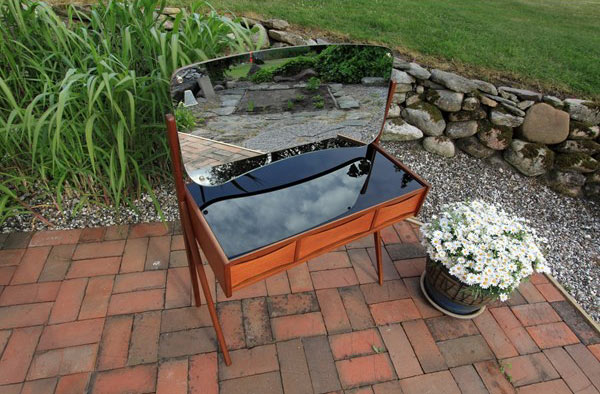 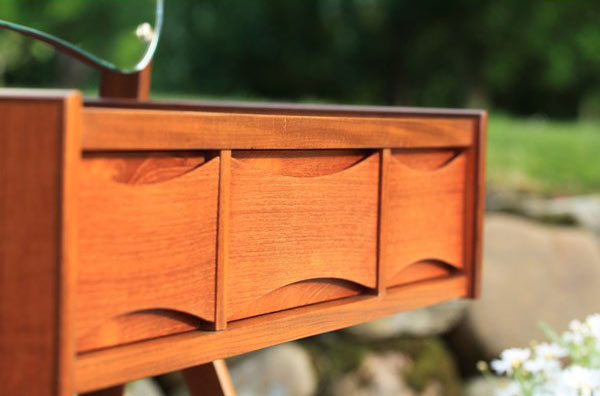 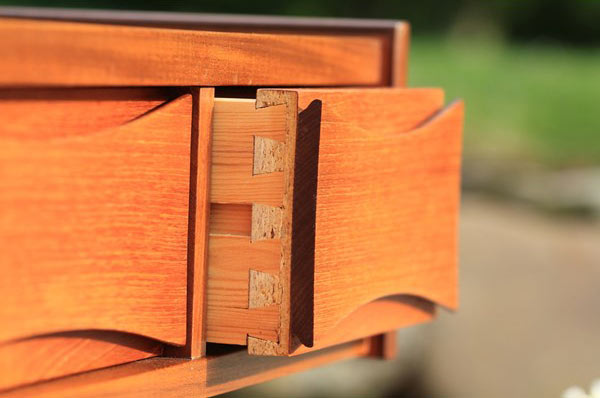 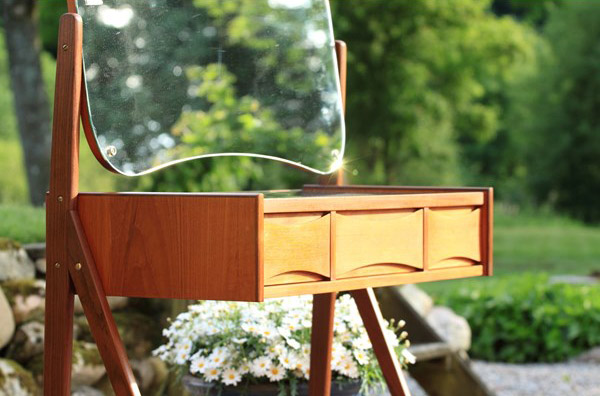 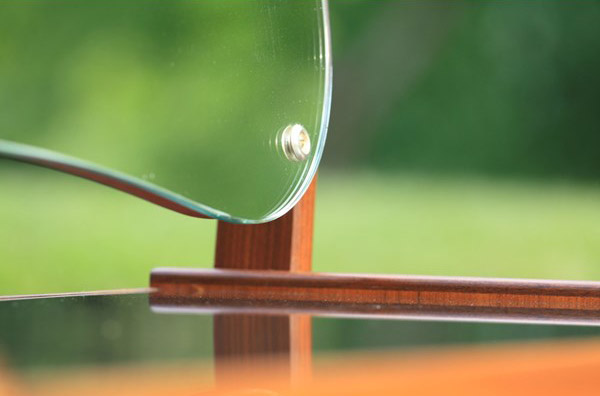 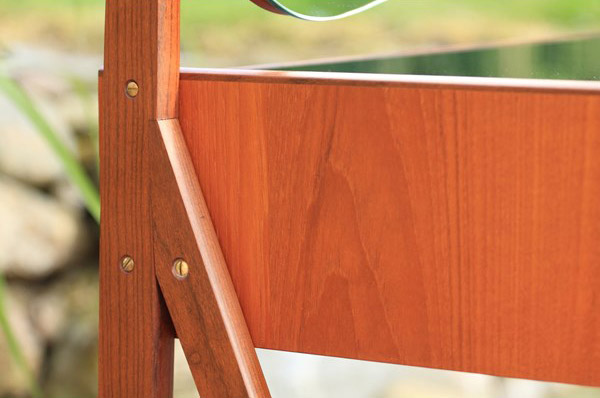 We bought it from a couple who live in the countryside in a house that was built in the early 1700s. They were curious about how a British guy and an American girl with a love for mid-century Danish design ended up together in Denmark, so they invited us to stay for coffee, and showed us some of their mid-century pieces and told us the stories behind them.

After an appointment early-on with a dealer in Danish mid-century furniture, Robert and I decided to only buy from individuals. We’re really not impressed with people who fill packing containers with the best Danish mid-century pieces to be sold abroad at an insane profit. We feel that those pieces belong to Denmark and should stay in this little country. Almost everyone we’ve met during this redecorating project says that too many pieces are being shipped overseas by dealers.

Buying from individuals means better prices, and as a bonus, the pieces come with a story and we get to meet some pretty cool people. I’ve completely fallen in love with this part of Denmark. We might not have needed to know that four children were conceived on our vintage bed, but we’re still laughing about it, and hope its fertile years are well behind it.

So, this new to me Arne Vodder dressing table table is sexy, beautiful and vintage, but I’ll always gravitate towards shabby and glamorous things like the ones I’ve reluctantly parted with. I look back at photos of my old apartment and I miss its cozy romantic vibe, but it was a woman’s home and I’m equally at home amid our mid-century modern pieces, which are glamorous in a more sophisticated way.

Marriage is compromise and I’d be a fool to complain about an original Danish mid-century modern Arne Vodder dressing table and a well-decorated home. I’m fortunate to have the luxury of a makeup table at all given our tiny living space. This Arne Vodder dressing table is a much better fit for the room’s size and style, which you’ll see when I post the before and after photos. The room is almost finished, we’re just waiting on another chest of drawers and some bedside tables, which could come tomorrow, or a year from now.

One of the most important things I’ve learned about decorating over the years is that sometimes, you find a piece that you don’t love, but it totally makes the room. And sometimes you find your furniture soulmate, but you have to let it go. And so, I’m selling off my darlings one by one, for a greater good.