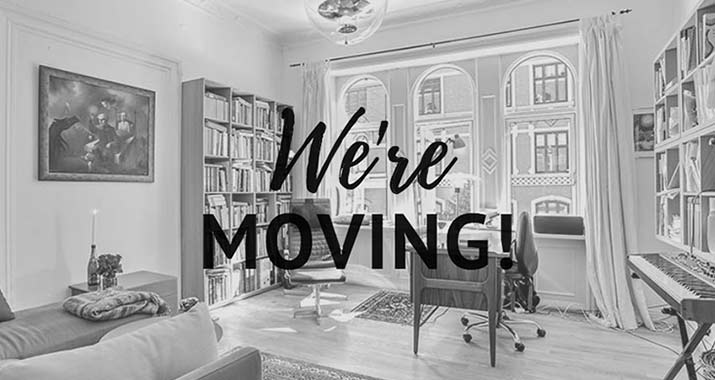 Our Descent into Mindful Debt

For anyone who is tuning in late… last autumn, Robert and I attempted to buy a Georgian townhouse in England. After recovering from that disaster, we started looking for a place in Denmark. I was adamant that we should stay in the city centre, but Robert had a bizarre (but thankfully temporary) yearning to move to the suburbs. So we looked at house after house after house, plus a whole bunch that I never wrote about. He indulged me and we came close on this seven room apartment, but it had “money pit” written all over it, so we passed. Well, that and he was still sort of dreaming of life in the suburbs. Granted they were cool 1960s Danish architect-built suburbs, but still!

Then we decided to make the most of our situation and embrace small space living. But despite our best efforts, that totally sucked, so we kept looking and wishing.

We’d wanted a seven room apartment, but those are rare as rocking horse shi*t. The few that exist used to overlook the harbor, which has recently been turned into commercial space. Now they can’t even give those apartments away. So, we pragmatically lowered our ambitions to five room properties with the right layout.

In Denmark, the number of rooms includes everything except the kitchen and bathroom, so I’m not talking about a five bedroom place. Keeping in mind that I work from home, that most apartments don’t have eat-in kitchens, and that most rooms aren’t big enough to be a living room/dining room, you can see how five rooms actually isn’t all that ostentatious.

We’ve looked at lots of apartments, but most of them were too small and had been robbed of their original period features by well-meaning renovators. That was a deal-breaker.

Then, BAM! One boring Tuesday, a five room apartment right smack dab in the middle of downtown came on the market. Like downtown, downtown. Like we’re going to have to sell the car. Like we could walk out the front door and be sitting down at our favorite cafe within about 2 minutes! True story.

It was built in 1899 and it needs a lot of work, but its period features are intact, it has 10.5′ ceilings, and it’s tucked away on a quiet street. It was priced in a way that we can afford to keep two places while the renovations are happening. And the sellers were very accommodating. 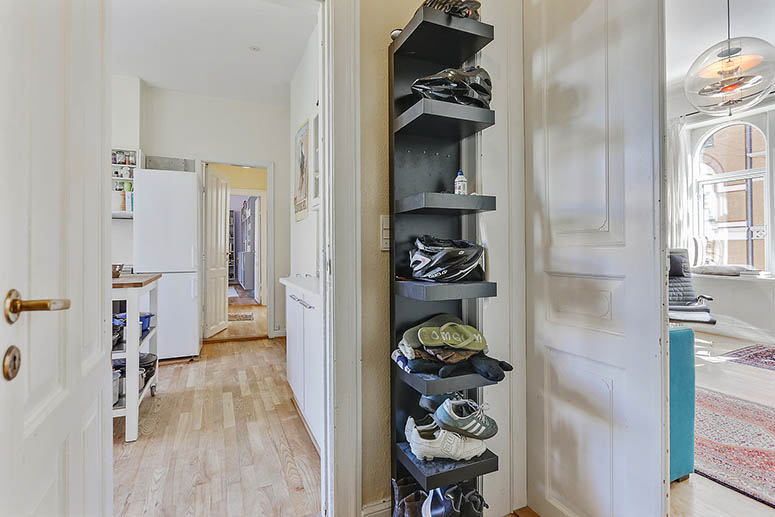 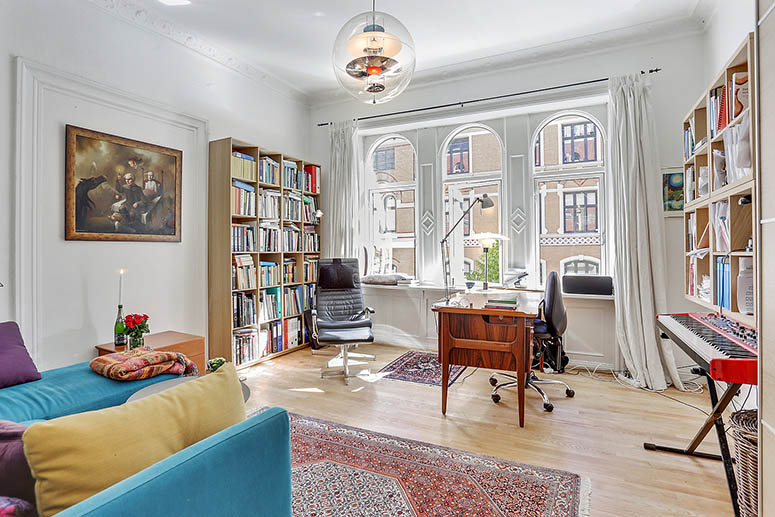 This will be my office. Look at that woodwork & crown moulding!
The original doors are in storage, so we’ll re-open that doorway, which flows to the living room. 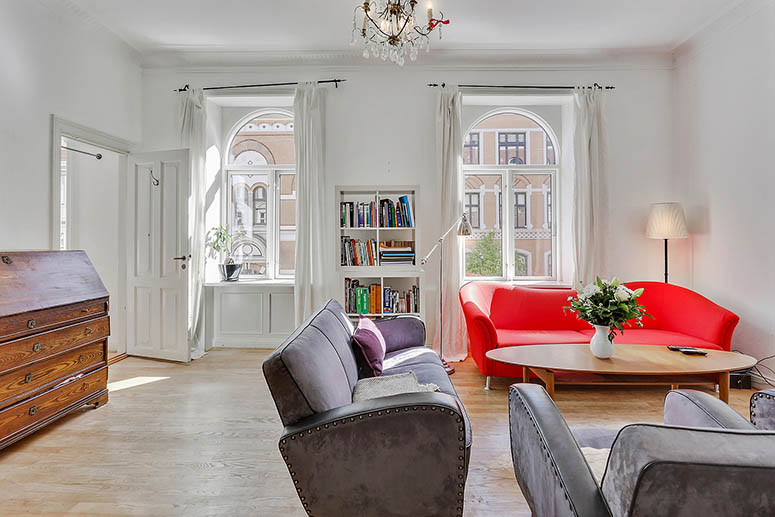 This will be the living room. We’ll install herringbone parquetry here and in my office. 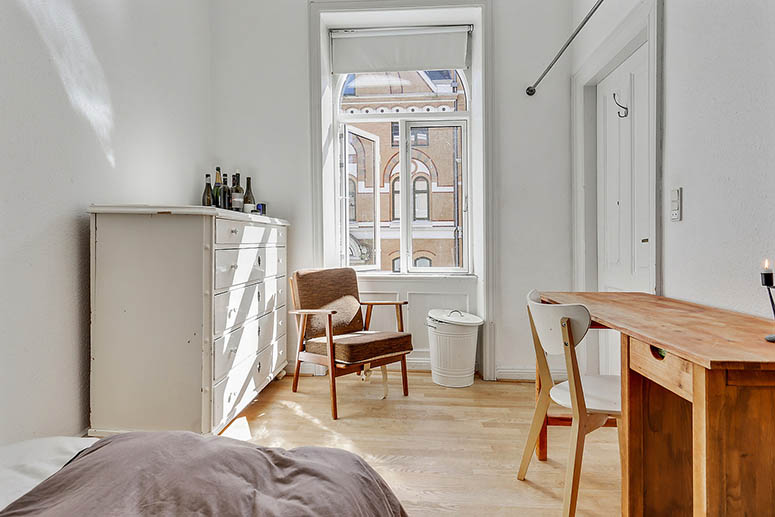 This will be Robert’s office… and the guest room, thanks to a midcentury modern sleeper sofa. 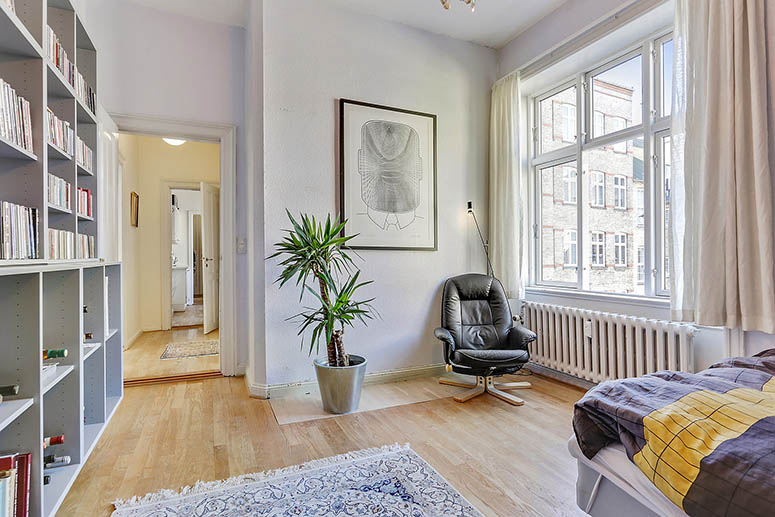 This will be our bedroom. Eventually, there will be a balcony off where the windows are. 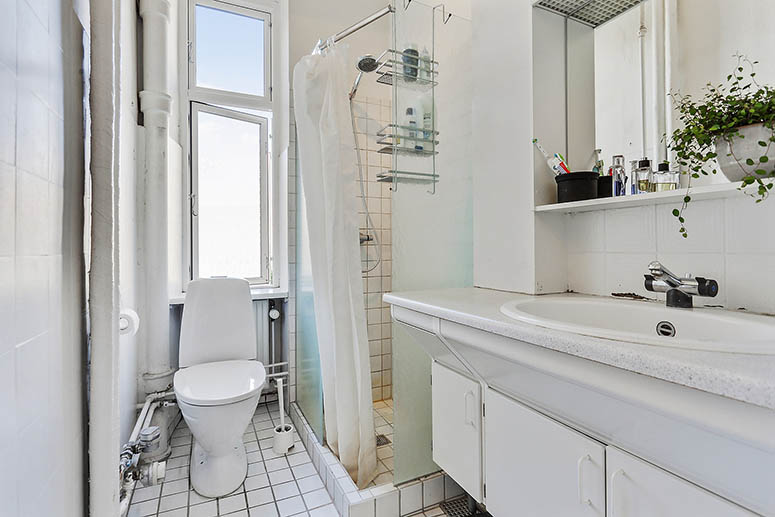 It’ll be tight, but we’re having small clawfoot bathtub shipped over from England! 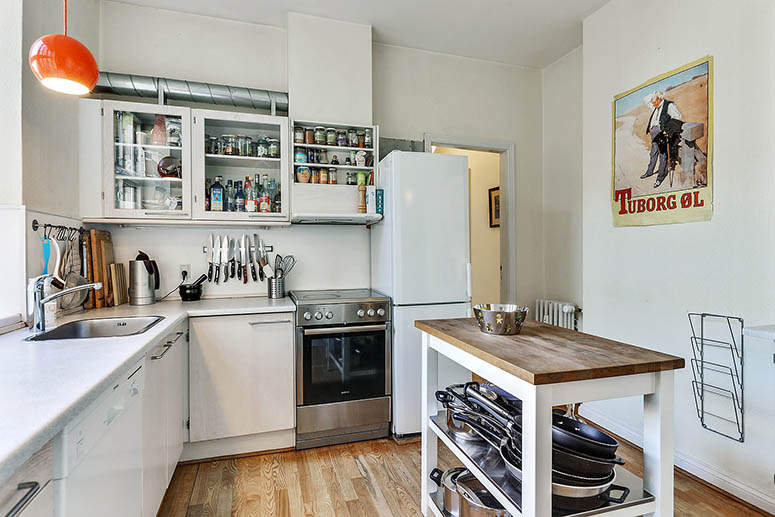 The kitchen renovation will be done after we move in. I want to cook in it for awhile before I commit to layout. 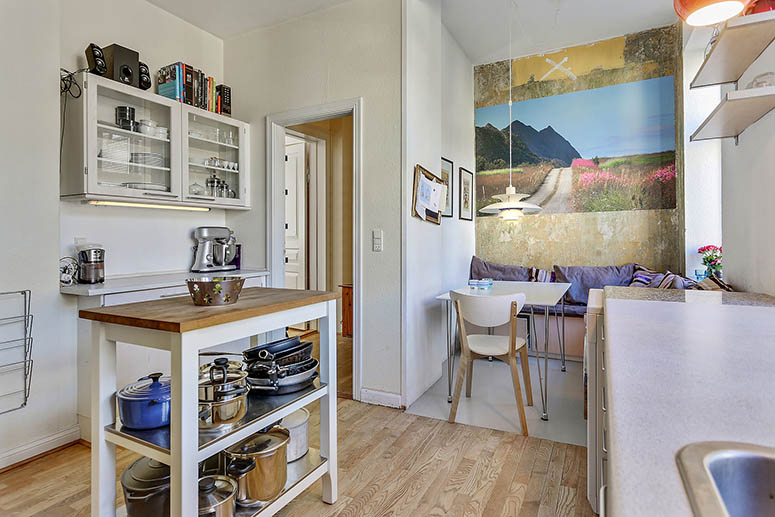 In person, it totally looks like a disaster. The floors are cheap veneer, there’s peeling paint everywhere, and its in pretty poor repair. But we’ve found a small army of people who can help us restore it. We’ve even found a restoration specialist who can strip 117 years of paint off the crown moulding and woodwork, and replicate any damaged bits.

We’ll get the keys on November 15, start renovations on the 16th, and (hopefully) move in by February 1. Depending on when you ask me, I’m either ecstatic about or terrified of this project.

So, what is mindful debt?

Mindful debt is calculated debt. It’s debt that doesn’t threaten your long term financial health. It’s debt that doesn’t negatively affect your current lifestyle. It’s not new car or credit card debt, and it’s not living above your means debt. It’s low-risk debt with a clear path to repayment in the short or medium term. It’s a hand up that won’t keep you awake at night.

I’ve already paid off a mortgage on my own, and Robert and I have been mortgage free together for a year and a bit. We’re taking a small mortgage in order to finance the work that has to be done to make this place beautiful again. The interest rate on a ten year loan (they don’t do five year loans) is 0.5%. Even after we’ve paid for the restoration, the apartment is projected to be worth quite a bit more than we’ve paid for it. Right place, right time, it didn’t last a week on the market. That’s mindful debt.

I’ve invested nothing to start my business. I’m running it out of my living room on a seven year old Macbook Pro and its thriving. I’m turning jobs away. Sure, moving to a bigger place will improve our living situation, but my business is out of the proof of concept phase and I need to invest in it. I could rent an office, but instead, this small loan is an investment in a dedicated home office with its own entrance (and a tax deduction).

I’m working more than full-time at the moment, and wondering how I’m going to find time to make the hundreds (thousands?) of micro-decisions that go into a restoration project of this scale. Fortunately, Robert’s schedule this semester is such that he can handle a lot of the coordination. And I’m getting a head start on paying off that mortgage.

And so it begins…