In less than 48 hours, I’m going back to the States for the first time in over 6 years! It’ll be a short stay (practically a fly-by), but I’m looking forward to seeing my sister, and my nieces who were kids when I left but who are now twenty-somethings with jobs and boyfriends and cars! And my nephews, who have also grown a bit since last time I saw them :)

Aside from seeing my people, one of the things I’m most looking forward to is eating American food! There may be differing opinions on which American foods expats miss most, but ask any expat what they miss about home, and food is pretty much always near the top of the list. Last time I came back from visiting the States, I remember lying awake one particular night because I couldn’t stop thinking about Red Robin. My cultural connection to food runs deep, and facing an undetermined period of time without Red Robin was enough to keep me away pretty much all night… I’m so not proud of this.

Since I’ve shared over 120 recipes on my blog over the years, I thought it would be fun to share the five things I’m most looking forward to eating in the States… or five American foods expats miss. This list doesn’t include the things I’ve demanded from my sister’s kitchen, like her OMG so good grilled cheese sandwiches (with white American cheese from the deli counter). She makes the best grilled cheese… I used to ask her to make me one before Thanksgiving dinner, they’re that good :) Or grocery store things, hello… soft pretzels, Little Debbie brownies, Hostess apple pies, York Peppermint Patties, Butterfingers, Lucky Charms, Golden Grahams, tater tots! Or things (or places where) I may or may not eat like Long John Silver’s hush puppies, Subway, Baskin Robbins, or Cheesecake Factory.

So without further delay, here are five places (and things) I can’t wait to eat later this week :)

Five American Foods Expats Miss (or I do, anyway)

And there’s apparently a whole bunch of other awesome things that have opened since I left (Moe’s?) that I have to try. And I’ll finally get to see what cookie butter is!

My sister loves thrift shopping as much as I do, so we’re taking a short road trip with a heavy emphasis on eating and treasure hunting. We’ve booked a hotel with an old school diner next door :)

I’ve had a ton of things shipped ahead to her house (one of them is particularly awesome…) but I’m so out of practice with American-style shopping that totally forgot to use ebates and missed out on getting cash back! How annoying! It’s been so long since I last visited the States that some of the products I wanted have been discontinued (like St. Ives whipped silk moisturizer and Old El Paso gordita kits)! 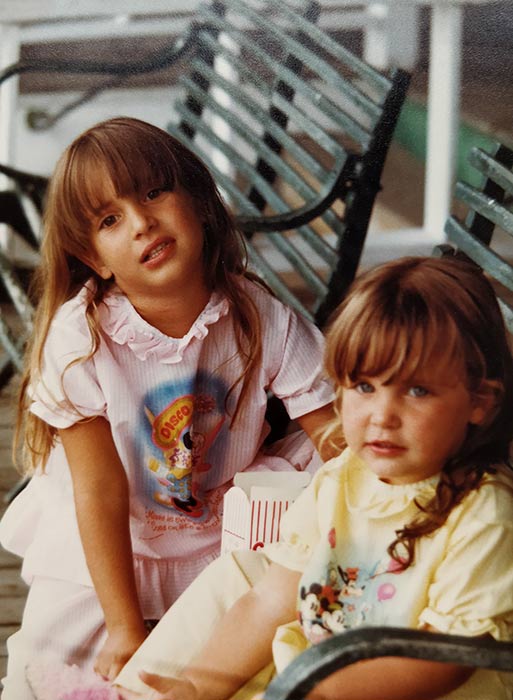 I’m so looking forward to spending some time with one of my most favorite people in the entire world! Autumn is my favorite time of year and there’s no better place to be than in New England… and there really is no place like home :)

I’ll be Instagramming from the States… I’d love for you to follow me here :)

Disclosure: This page contains affiliate links, which means that (at no cost to you) I’ll earn a small commission for any new sign-ups through the link in this post.