If you’re a regular reader of my blog, then you might’ve heard that Opie is my BFF ; -)

He’s been mine since he was 5 weeks old, and he’s been my constant companion for over 14 years and I’ve long joked that he’s my shadow. So hyperthyroidism in older cats, especially in Opie, is one the last things I’ve ever wanted to write about.

Symptoms of Hyperthyroidism in Older Cats

Opie has always been a big boy. Weighing about 18 pounds when we first moved to Denmark, he started losing weight over the summer… roughly 1/3 of what he weighed last time he was at the vet about 18 months ago. His behavior hadn’t changed so I was inclined to think that his weight loss was just a symptom of his age. Then my friend commented that he’d lost a lot of weight and I got really concerned. I found one of the most important things I’ve ever read, an article saying that cats don’t lose weight simply because they’re old. They lose weight because they’re sick. Weight loss is the one symptom in senior cats that’s most often associated with a serious health condition. 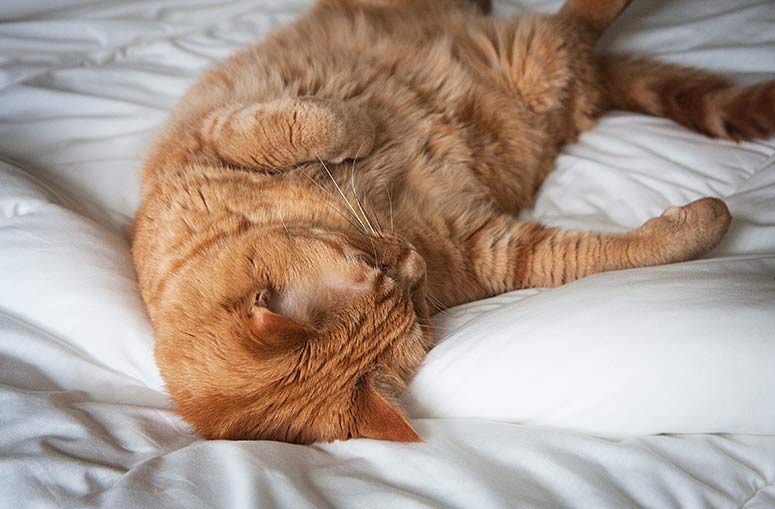 Of all the things I dread, losing Opie is the worst. I know that at some point, I’ll have to say goodbye to him, but it can’t be now. I know it’ll never be a good time, but I have other (big) things going on and losing Opie anytime in the near future is more than I can handle.

Now before you think that I’m a horrible cat mom for not bringing him to the vet in a year and a half, let me explain. Opie is a house cat who hates going to the vet. You might have a pet who hates going to the vet, but Opie’s hatred of going to the vet is on a level you can’t even imagine! They have to sedate him in order to examine him. So preventative care isn’t on the agenda. I have a wonderful vet here in Denmark who believes that we should limit Opie’s stress by minimizing the number of times I bring him in. I’ve never dealt with a better vet clinic… they’re completely non-judgmental, they’re upfront about costs, and they always recommend what’s best for Opie, even if it means less money for them. 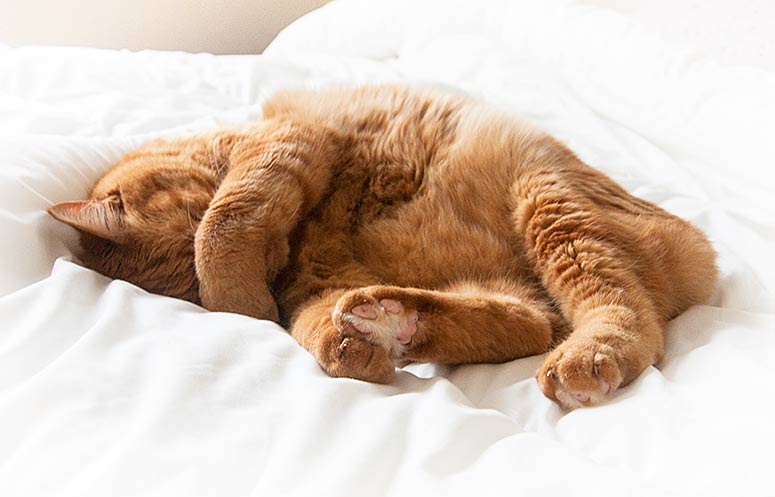 Despite much hissing and carrying on, I took him to the vet the day after I read that article. An overnight stay, various tests, and a significant outlay of cash later, Opie was diagnosed with hyperthyroidism. His thyroid level was at 245 and the vet had never seen anything over 200! Fortunately, hyperthyroidism in older cats is treatable with medication.

Opie started off taking .50 ml of Tiamazol twice a day, which brought his level down to 175 after about a month. Now he’s on .75 ml twice a day and we’re hoping that we can bring his level down to 160 by his next visit. Luckily, the medication is available as a liquid because Prince Opie doesn’t do pills… and it must be mouse flavored because he gobbles it down without protest :) The hardest part is that he needs to take it on an empty stomach and wait an hour before eating, so he generally wakes me at around 6:00 to get his medicine. Then he follows me back to bed, lays on my pillow and either pets my neck and shoulder or chews on my hair until I feed him around 7:00. That probably doesn’t sound awful to most people, but I’m a freelancer with only a vague idea that life exists before 8 am ; -) 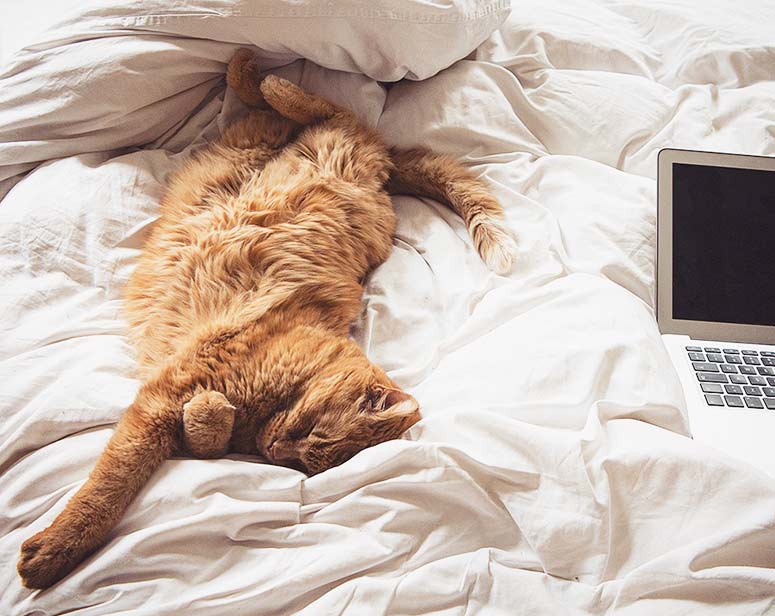 I’m feeding him pretty much as much as he wants and he’s gained about a quarter of a pound since starting the Tiamazol. Matted fur is an unfortunate symptom of hyperthyroidism in older cats. Opie won’t let me comb him and he wasn’t properly grooming himself, so I had to have the worst of it cut off. Now he’s got bald spots, which is why I’m posting photos from before he got sick. It doesn’t feel right to show him all skin, bones, and missing fur :(

It’s devastating facing the fact that my baby boy is considered an elderly cat, but barring any other conditions like renal disease or diabetes, which can be masked by hyperthyroidism in older cats, his prognosis is good and he could very well live into his early 20s (can I please get some prayers/good vibes/what have you on that?). 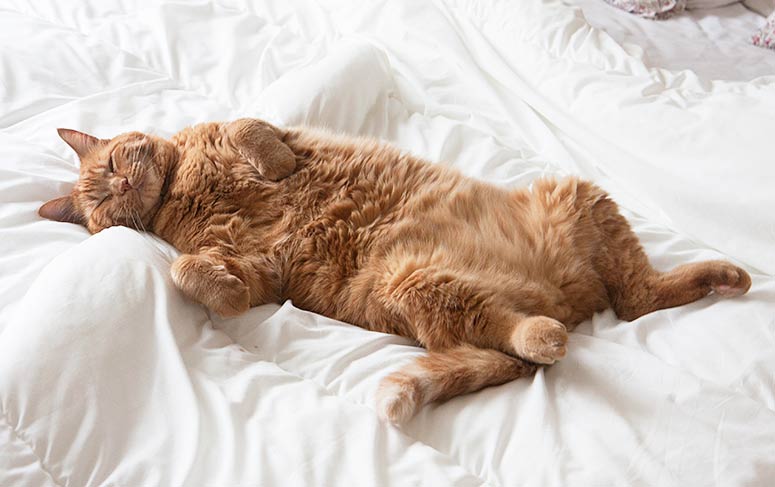 So, if you’re a cat parent, please take away from this post that older cats lose weight for a reason. If your cat starts losing weight, even if they show no behavioral changes, there’s a reason for this and you should bring them to the vet ASAP. If I’d waited a few more weeks, Opie’s prognosis would not have been as good :(

P.S. While I’m on the subject of pets, I’d like to tell you about www.thegoodypet.com, a website that shares reviews and top picks on everything from the best pet odor eliminators and the best vacuum cleaners for picking up pet hair to the best dog DNA test kits (who even knew there was such a thing?). Most of their current content is geared toward dog owners, but they’ll be adding more cat-related info in the coming months.

Disclosure: I received compensation in exchange for featuring the external link contained in this post. I’ve got to pay those vet bills somehow ; -)