I’ve been a bit lax in blogging to say the least, but it’ll all make sense very soon. That said, I had a wonderful time visiting my sister! We ate everything I’d been missing, got mani/pedis, and made up for lost time thrift shopping. I even scored a Diane von Furstenberg dress for $5.49!!!

One thing I’d forgotten over the past six years is how much I miss American desserts! I’d actually forgotten that I had any sort of sweet tooth whatsoever, but I do and here are the five American desserts that I’ve missed the most…

The first time I met my stepkids was for dessert at Robert’s apartment and this is what I brought! Crumbled brownie pieces caught between ice cream and a thick fudge sauce, it’s a calorie-counter’s nightmare, and worth every calorie! The hot fudge brownie sundae is a simple dessert with relatively few ingredients, the kind that can be thrown together in no time. Just bake some brownies ahead of time, add ice cream and hot fudge sauce, top with whipped cream and drizzle with more hot fudge. Never made brownies before? Don’t worry! The BBC has you covered with this simple recipe.

Comfort in a crust! Whether it’s homemade or store bought, a classic apple pie is good for the soul. Serve it warm with whipped cream or ice cream to soften the crust. Or serve it the British way, with custard, which is easy enough to make at home. Master it and you’ll end up with a molten, vanilla topping that’ll take your pie one step closer to Anglophile perfection.

I’m usually a purist when it comes to ice cream cake, but there’s something to be said for combining cake with ice cream in one awesome dessert! This version merges the best of both worlds, with a chilly mix of cake and ice cream coming together in a perfect blend of texture and taste. The best part about this dessert is its versatility. Combine any flavor of cake with any flavor of ice cream and let the results speak for themselves. This recipe combines chocolate cake with mint chocolate chip ice cream, one of my favorite combinations!  Use this as a base recipe and have fun combining flavors :)

Ghost stories around the campfire, marshmallows roasting on sticks. Deeply rooted in memories of American childhoods and camping trips, S’mores are practically a legend. Squeeze a (vegan) marshmallow between two graham crackers, add a bit of chocolate (or Nutella), roast to taste, and devour without hesitation. If you’re in London, Deliveroo recommends Scoop for their DIY S’mores, which use British digestives to create this American classic. I can vouch for the digestives, which are my go-to substitute for graham crackers, which aren’t available in Denmark. 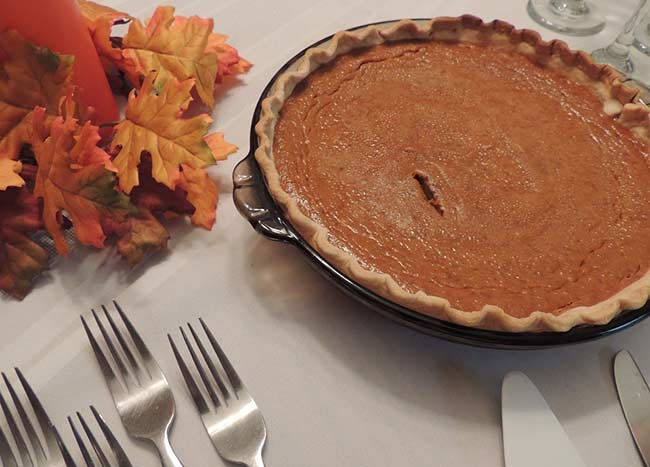 A favorite around the holiday season and definitely an American classic, this was the first American dessert that I introduced to my in-laws. This pumpkin pie recipe is practically foolproof and you can make it with canned or fresh pumpkin. Whatever you do, don’t forget the whipped cream!