Today is a bit of a sad day for me because it was a year ago that sir fancypants and I boarded a cruise ship for what I thought was just another one in a lifetime of romantic trips. We drank Chardonnay at lunch, talking about someday sipping martinis as we crossed the Arctic Circle. I looked so much forward to nearly two uninterrupted weeks with him, thinking how happy I was with how my life had turned out. Looking back at the photos and memories from that trip, it’s still hard to believe that he wanted a divorce barely a month later. But c’est la vie. What can you do? I’ve made my peace with the situation and I’m actually really enjoying life after divorce.

It was excruciating at the time, but in retrospect, his nastiness throughout the divorce was a gift. He’d orchestrated it all in order to hurt and humiliate me, but he went too far and it had turned comical in the end. Knowing who he really is has made it easier to move on, be happy, and find ways of enjoying life after divorce. Really, who wants to be married to a short, bald, cruel, vindictive ass? He used to tell his son that he’d married well out of his league. He had. It was a stroke of good fortune that’ll (hopefully) only come once in his lifetime.

I’m not sad about losing him or the fact that my marriage failed. I’m angry at myself for being duped. Damn my weakness for Englishmen! If he hadn’t been English he wouldn’t even have gotten a second look, let alone a first date. My first thought when I met him was, “damn, he really lied about his height.” But I’m only 5’2″ and he charmed the hell out of me, so sometimes the planets align and even short, bald assholes end up marrying someone better than they deserve.

That said, I still have a weakness for Englishmen. Though I’m not in any hurry to find another one.

With the benefit of time and space, I know that the failure of my marriage wasn’t about anything that I did or didn’t do. I tried to stay and work on it, honoring my commitment to someone who had already made up his mind that he didn’t want me for reasons I’ll never know. I moved on with class and dignity while he acted like an arrogant fool.

Being self-employed and on my own, especially in a foreign country has caused me many sleepless nights. I never would’ve quit a full-time job to go freelance as a singleton. Fortunately, those sleepless nights are behind me because my business is thriving! And so am I :)

Without the distractions of a husband, the teenage kids from is his first failed marriage, his residual inadequate father guilt, and all of the drama that entailed, I’m able to do my best work. I haven’t had a day off in almost three months and there doesn’t seem to be any sign of it slowing down. I don’t quite agree with the idea that if you find something you love, you’ll never work a day in your life, but I’m grateful to making a living doing something I love and to have plenty of work. But I could really use a lazy summer day lounging on my balcony with Opie and a book. Enjoying life after divorce

I’ve found an absolute oasis in this apartment! It’s the perfect size for Opie and me, and the balcony is like having another whole room. We sleep with the balcony doors open and wake up to the sounds of birds, church bells, and sometimes rain. I can see now why Frederiksbjerg is the most desirable neighborhood in Aarhus. I can’t believe I get to live in the heart of it!

Last week, I spotted this vintage fan in the window of a thrift shop just after they’d closed. So I went at opening time the next morning and snagged it for 55 kr. (about $8.50). Another fan popped up on Saturday, but the store had already closed, and it had been sold by the time I got back to Aarhus yesterday. It would’ve been perfect in my bedroom, but maybe multiples of the same thing would’ve made them less interesting? I guess it wasn’t meant to be. That’s ok, something else will come along. 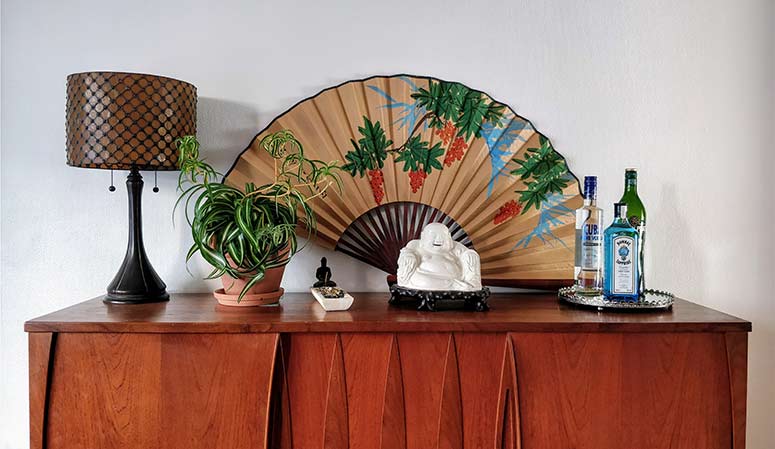 I’ve finally gotten around to buying houseplants, which I love, and which Opie loves to eat. I’m still working out how to have both a cat and houseplants, so far with limited success. I’ve tried putting cottonballs soaked in vinegar around the bottom of the pots, but it doesn’t seem to deter him. I’ve hung some of them, but I can’t hang them all. If you have any suggestions, I’d love to hear them.

I went to Amsterdam again last weekend! In all of the drama of this past year, I’ve gained one of the best friends I’ve ever had (Hey, Vicky!). She’s someone who’s there for me, who makes me laugh so hard my face hurts, and then takes a photo. She knows pretty much everything there is to know about skincare (and me, really) and has all but wiped that godawful marriage and divorce off of my face.

So while today, part of me would like to be back on that cruise ship sipping Chardonnay and flirting over lunch with the man I loved, I’m actually in a much better place. I’m finding happiness on my own and I’m very much enjoying life after divorce. 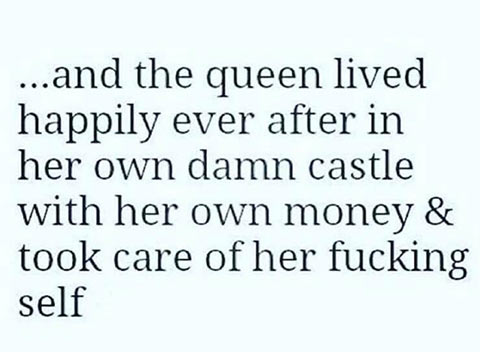